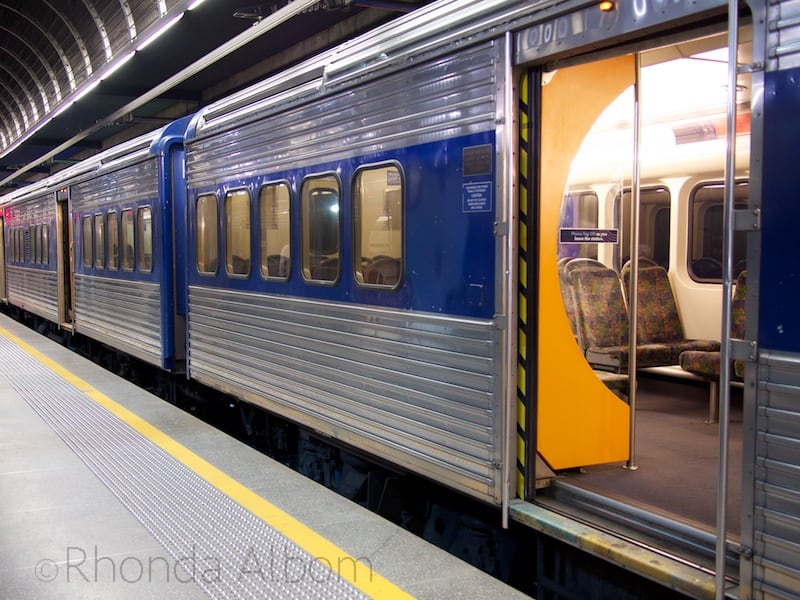 Britomart is the central transportation hub in Auckland New Zealand for both buses and Auckland trains. Ideally situated, it is across the street from the main ferry terminal which brings people from the north. Living in the suburbs, I have to admit, I was surprised to discover that Auckland has an extensive and efficient public transportation system. And a growing one. The city is currently expanding the light rail, and it sometimes feels like there is construction everywhere we turn in the central business district (CBD).

Britomart itself is under a tent of construction, which is too bad. The good news is that Auckland trains are still running. However, visitors arriving the city on a bus, ferry, or cruise ship are no longer greeted by the regal Edwardian architecture of the Old Post office building, now Britomart. However, the construction won’t last forever, and the building will be restored to all her glory.

Old and New Portions of Britomart

Situated at the base of Queen Street, I have done many photo shoots at Britomart before the construction. Here is what you are temporarily missing:

It hasn’t changed much over the years, and hopefully when the construction finishes it will still appear the same.

The entire building is an eclectic mix of old versus new, modern with hints of both the classical and the elements. Complementing and contrasting at the same time, from the East side, Britomart is another world, a modern, innovative construction of glass and steel.

There are four train tracks at Britomart. LED signage in multiple languages makes it easy to know which Auckland train to board.

With all this glass on the outside, when entering from Commerce street (backside), it’s not surprising the building is light, airy and filled with glass and metal.  It is by design that the artwork blends into the environment of the station.  There is an exciting art exhibit, a forest of stainless steel trees that was created in 2004 by New Zealand sculptor Michael Parekowhai. It represents nature lost in the name of progress.

From the east entrance, the trees stand to both sides, blending in, so they are difficult to photograph:

These stainless steel trees are only one-third of “Trees.”  Walking through the pedestrian subway that crosses under Queen Street, we find this lightbox photo, the second portion of Trees by Michael Parekowhai:

Once outside and across the street in Queen Elizabeth II Square, we can see the final portion of Michael Parekowhai artwork, 18 living kauri trees, thus reminding us of the nature we have lost. 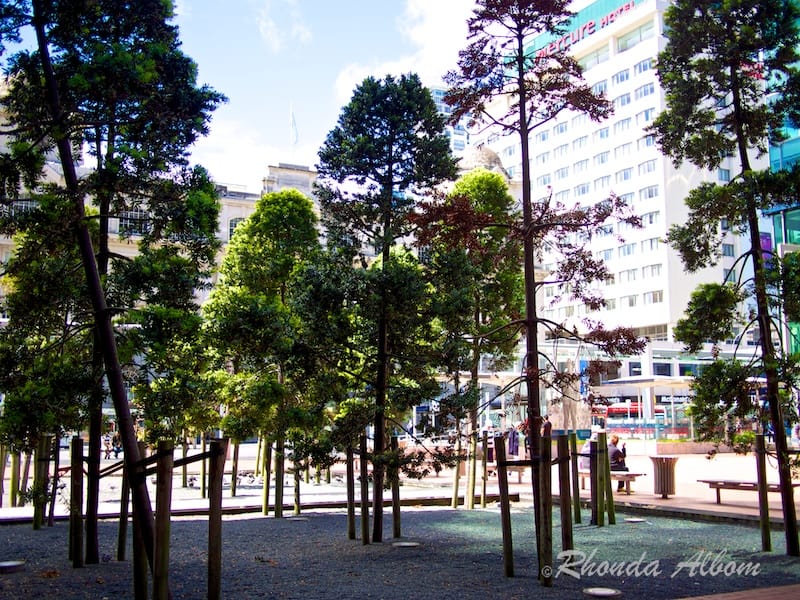 Practical Information and Tips on Transport in Auckland

Do you take public transportation in your town? Do you prefer the old or new architecture of Britomart? Would you have noticed the stainless steel trees if they were not pointed out?

Quick Reference Links:
- Booking.com
- RentalCars.com
- Amazon.com
158shares
We use cookies to ensure that we give you the best experience on our website. If you continue to use this site we will assume that you are happy with it.OkRead more