Toledo Spain, City of Coexistence of Christians, Jews and Muslims

After our visit in Segovia, we drove the 1.5 hours to Toledo, another UNESCO World Heritage Site. Toledo is a not to be missed city close enough to be a day trip from Madrid, but better spent as an overnight. (Thanks Michelle for the recommendation).

According to Wikipedia, “Toledo was declared a World Heritage Site by UNESCO in 1986 for its extensive cultural and monumental heritage as one of the former capitals of the Spanish Empire and place of coexistence of Christian, Jewish and Muslim cultures, as well as the place where harsh religious persecutions were held against the Jews by the Visigoths.”

We arrived a bit later than expected and we had made a major error in our hotel booking, actually reserving two really affordable rooms for next week instead of today. Fortunately, they had a family room available, although it was double the money and the air conditioning didn’t work. We focused on the great location, directly across the street from the Alcazar and ignored the musty smell.

In the morning, we had churros and chocolate for breakfast and then headed to the tourist office and followed her recommendation to start with the Old Jewish Quarter.  The history and architecture in this town are amazing.

The old main synagogue is now the Sephardic Museum.  While it had been converted to a Catholic Church after the inquisition, the Hebrew writing still remains on the walls. 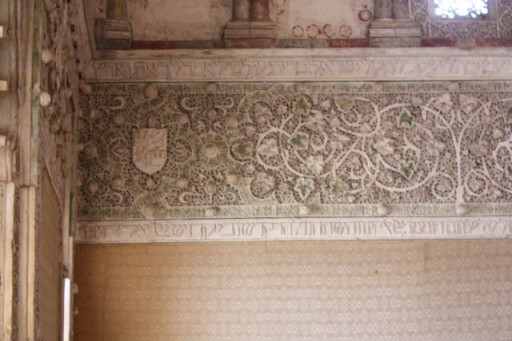 Next we visited the Santa Maria la Blanca Sinagoga, another former Jewish synagogue with strong Arab influences in the design.  This was my favorite of our Toledo visits. 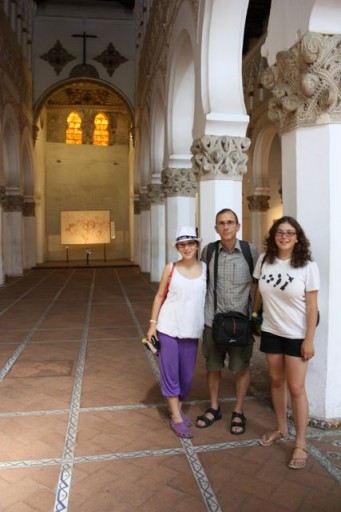 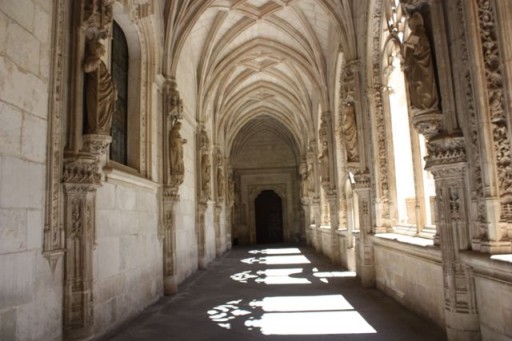 Our final stop in the Old Jewish Quarter was the Church of Santo Tome which houses the most important of all of El Greco’s paintings (according to the women in the tourist office.), “The Burial of Count Orgaz.”

I shared my tween sentiment: “Mom , did we just pay 10 euros to see that painting?”

The security around the painting was really harsh, and they were not kidding about no photos.

Finally, we left the Jewish Quarter and visited the Toledo Cathedral, stunning on both the outside and inside: 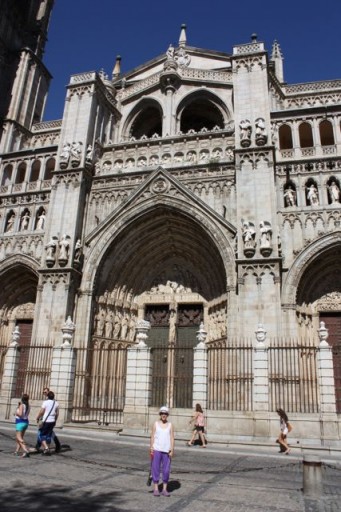 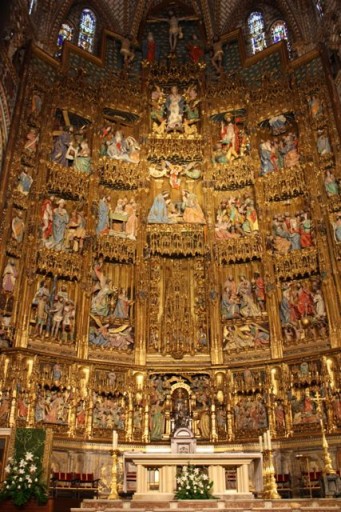 This website uses cookies to improve your experience while you navigate through the website. Out of these, the cookies that are categorized as necessary are stored on your browser as they are essential for the working of basic functionalities of the website. We also use third-party cookies that help us analyze and understand how you use this website. These cookies will be stored in your browser only with your consent. You also have the option to opt-out of these cookies. But opting out of some of these cookies may affect your browsing experience.
Necessary Always Enabled
Necessary cookies are absolutely essential for the website to function properly. These cookies ensure basic functionalities and security features of the website, anonymously.
Functional
Functional cookies help to perform certain functionalities like sharing the content of the website on social media platforms, collect feedbacks, and other third-party features.
Performance
Performance cookies are used to understand and analyze the key performance indexes of the website which helps in delivering a better user experience for the visitors.
Analytics
Analytical cookies are used to understand how visitors interact with the website. These cookies help provide information on metrics the number of visitors, bounce rate, traffic source, etc.
Advertisement
Advertisement cookies are used to provide visitors with relevant ads and marketing campaigns. These cookies track visitors across websites and collect information to provide customized ads.
Others
Other uncategorized cookies are those that are being analyzed and have not been classified into a category as yet.
SAVE & ACCEPT
33 shares