Follow any of the Shakespear Park trails and it won’t take you long to understand why it is my favourite amongst the Auckland Regional Parks. Whether you choose to hike over lush green rolling hills, through densely forested areas, or across paddocks, you will be rewarded with panoramic views and beautiful beaches.

There are plenty of things to do at Shakespear Park. It’s an open bird sanctuary, with three main beaches, hours of walking and hiking trails, a waterfall, cows and sheep, a popular campground, and a lookout tower. Open to the public, it’s a gathering spot for families and whanau alike.

Impressive conservation efforts have resulted in reforested areas. Hence, they created a safe haven for many endangered species. And, as a result, Shakespear Park received international recognition in June 2019, winning silver in the 2019 International Large Urban Parks Awards. This puts it amongst the world’s best parks, recognizing it as one which feeds the health, environment, and strength of the community.

Situated at the end of the Whangaparaoa Peninsula, Shakespear Park is less than an hour from Auckland’s business district.

Day hikes in the park

Hours of walking and hiking trails lead to rolling hills, lush forest, through farming paddocks, and even to a waterfall. The trails are well signposted and range from a five-minute walk to waterfall gully (from the car park) to a nearly 10km loop. There are trail maps available at the gated entrances.

Each trail has a name and identified by colour at the trailhead, on the map, and many of the spots where trails intersect. Trail marker identified as poles with a coloured stripe at the top is found along each path.

From each marker you can see the next marker, so the trick to staying on a trail is to always look for the next colour marker. The image below shows a marker for a section of trail that is used on both the blue (Lookout Path) and yellow trails (Heritage trail).

Thanks to some of the SOSSI volunteers, there is now a Shakespear Explorer app that can help you identify some of the park’s treasures as you stroll along the Kaitiaki or Tamariki Trails. It uses GPS and should be downloaded before you arrive, as the park has intermittent internet.
Download your free app from the Apple Store or Google Play.

Grab a torch (flashlight) and head out to the park for some night hiking. We often spot funnel spiders, sheet web spiders, and New Zealand glowworms. Although much of the park closes to vehicle traffic at dusk, pedestrians can enter and the waterfall gully car park remains open, allowing easy access into the park.

One of our favourite things to do is to take a night hike to the waterfall, turn off our flashlights, and as our eyes adjust to the darkness, we see the glowworms.

There are three main beaches in the park, plus several smaller beaches, many of which are only available at low tide.

The three main beaches are:

One of the more difficult to reach low tide beaches is Pink Beach. Located on the north side of the park, it takes a bit of hiking to get here, so plan ahead based on tide charts.

Far enough outside the city centre to feel like a real holiday, yet close enough that it’s less than an hour’s drive, Shakespear Park camping is a popular family activity. Facilities include outdoor (cold) showers and flush toilets. The campgrounds require pre-booking through Auckland council.

Due to increased popularity, a second, self-contained only campsite has been established. Book early for Christmas and Easter weekends as it often fills to capacity.

Electric Fence Warning: Many of the paddocks have an electric fence. Always identified; however, it is at a height where curious children can grab on. Click here to learn a simple and safe way to test the fence with a piece of grass to see if the power is on or not.

Animals in the Paddocks

Shakespear is one of a handful of Auckland regional parks that have a sheep breeding and farming program, thus allowing everyone an opportunity to experience cows, sheep, and adorable baby lambs. It’s okay to cross the paddocks and mingle with the animals, but stay clear of the baby lambs.

The Hereford cattle are brown and white and were chosen for the park as they are generally people friendly. The advice if a curious animal approaches you is to ignore it and continue on your way.

Conservation efforts are evident by the completion of the predator-proof fence that protects over 500 hectares of parkland, while still allowing people to visit. It converted Shakespeare Regional Park Auckland into open bird sanctuary, similar to that of nearby Tiritiri Matangi Island.

The fence allowed the release of many endangered New Zealand bird species. As a result, the area is now home to a massive and growing bird population that includes endangered dotterels, Tui, whiteheads, robins, pukeko, shags, bellbirds, and even Little Spotted Kiwi Birds.

Learn more about New Zealand birds with this field guide, or carry a pocket bird guide with you when you hike.

With the release of 20 Little Spotted Kiwi Birds in 2017, Shakespear Park became the only mainland home to this breed. This became a possibility in 2011, with the completion of the predator-proof fence. After five years, they knew the fence was effective.

New Zealand dotterels breed in spring. Their Māori name is “tuturiwhatu”. They are plovers that grow to only 25 cm (less than 10 inches) in height. You can sometimes spot them on sandy beaches, sand spits, and tidal estuaries on the North Island.

The estimated 1,700 remaining dotterels are protected. If you see them, give them their space, taking photos with a zoom lens from a good distance away.

Check out the Department of Conservation’s official website for more information on these birds.

Pukeko, common purple swamphens, wander about, most often in marshy wetlands, low-lying open spaces, and reeds. I have heard visitors describe a Pukeko as a purple chicken, but it’s actually part of the Rail family of bird.

A large portion of the park is New Zealand Defence force land and off-limits to visitors. We have been lucky enough to have been invited on several times. However, on the public side of the park, there are a few interesting military remnants like a degaussing station, pillboxes, and anti-tank ditches.

An army of volunteers supports the park rangers that both live and work at the park. They look after the animals, maintain trails, plant trees, eliminate pests, clean up after major storms and cyclones, and do anything else that is required to keep the park going. I am proud to be married to one of the weekly volunteers.

We are lucky to have Shakespear Park in our backyard. It is New Zealand’s most visited and accessible open sanctuary park.

Have you been to Shakespear Park or any of the Auckland regional parks? 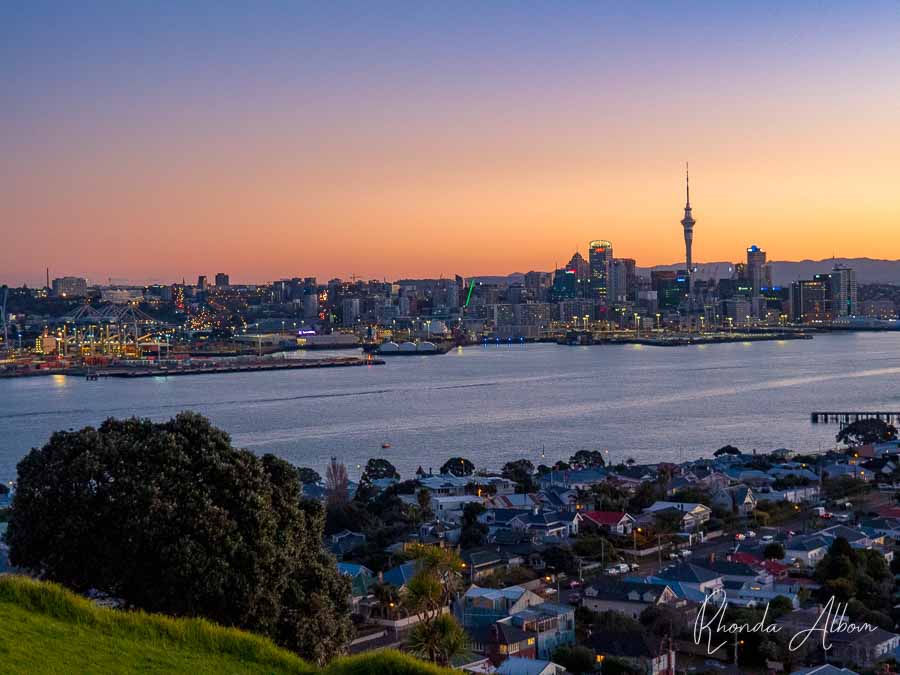 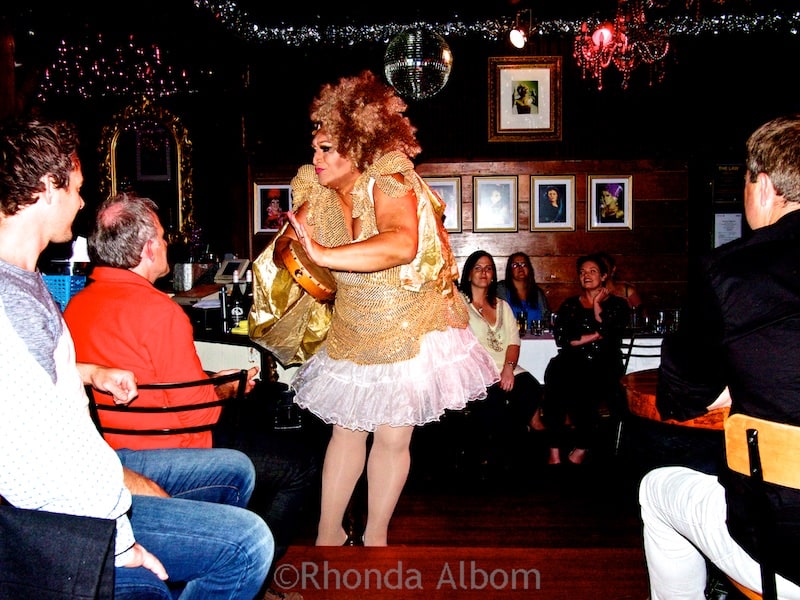 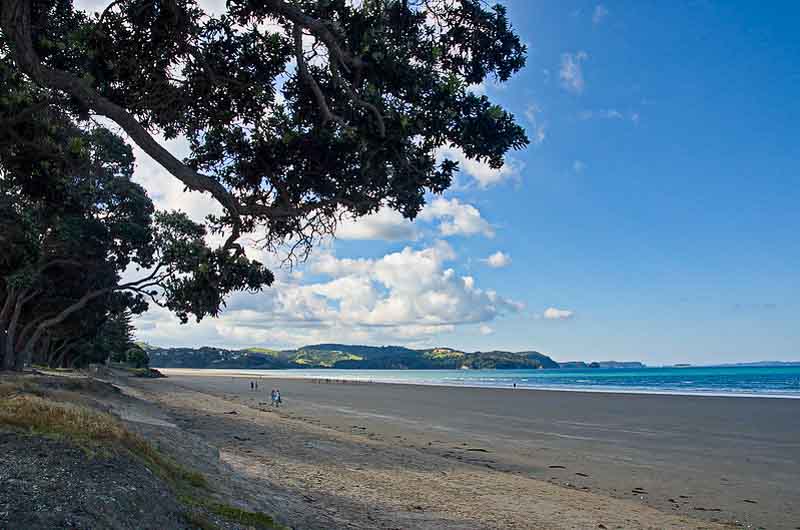 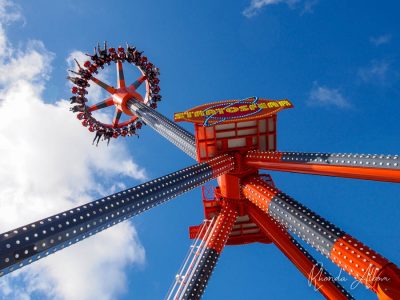