The name Savage River is deceptive. Rather than a wildly cascading raging river, we found a bubbling stream inside Alaska’s Denali National Park. The river was named for Tom Savage. The park is one of nature’s masterpieces painted across six million acres of wild land.

Private vehicles can only access the first 15 miles of the park’s only road. The trailhead marker for the 3.2 km Savage River Loop Trail sits at mile marker 15, accounting for its popularity.

We opted to leisurely explore one side of the river, and return along the opposite bank, all the while in awe of the Alaska Range as a backdrop. 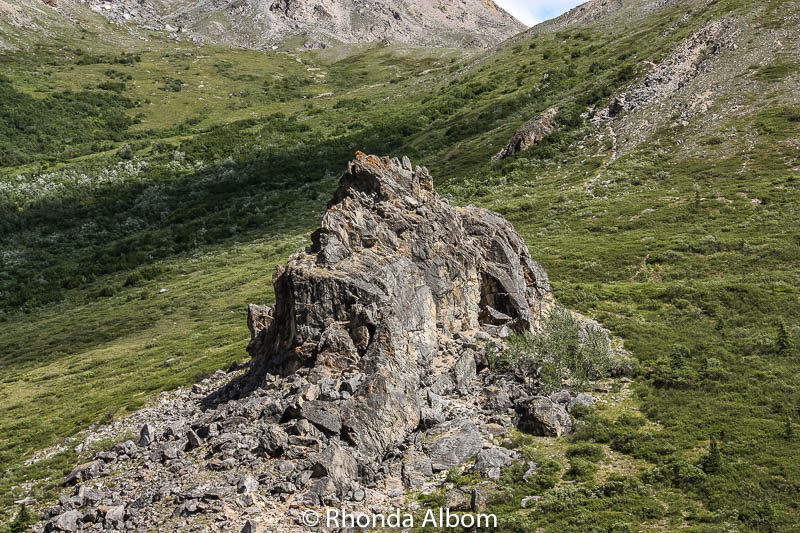 PRO -TIP: If we were to do this trip again, we would have flown to Fairbanks and taken the train to Denali from there, continuing to Anchorage, rather than a return trip from Anchorage. We would have seen more for the same expense.

Have you hiked the Savage River Trail? Have you been to Alaska?

PS: Denali is one of my favourite places in the USA. 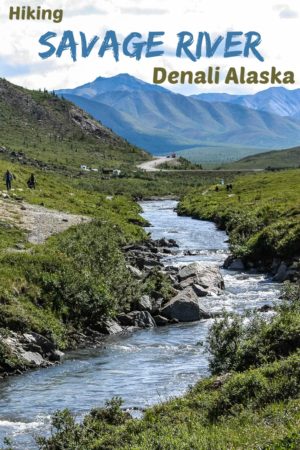