Last Updated: December 9, 2022 // by Rhonda Albom // 9 Comments
We may earn a commission through links on this site at no extra cost to you.

Many people seem surprised to learn that there are penguins in New Zealand. In fact, these elusive flightless seabirds reside throughout the southern hemisphere.

Although only three of the world’s 18 different species of penguins nest on NZ’s mainland, nine species breed in NZ waters. Even more impressive, 13 of the species have been spotted at least once in the New Zealand region (including the Ross Dependency), according to the Department of Conservation (DOC). That’s pretty remarkable for a small country.

Although penguins in New Zealand are protected, humans remain one of their greatest threats. As a result, many of the locations frequented by New Zealand penguins require a guided tour for access. But not all.

It is still possible to spot the penguins on your own, and even more likely if you know where to look. Remember to give them space when you do spot them in the wild. This is especially important when they are nesting.

Spotting penguins in the wild is always a big thrill. And while nature is unpredictable, we have highlighted below 18 places to see New Zealand penguins.

Important: Remember to protect New Zealand wildlife. The safest way to view penguins in New Zealand is from a distance. If you come upon them on your own, do not disturb them or their habitat. See tips for keeping penguins safe and the Tiaki promise below.

The map shows some of the places to see wild penguins in New Zealand. Click the expand / collapse icon in the upper left corner of the map for more details.

The majority of the mainland penguin colonies are on the South Island, but we frequently see little penguins when we sail in Auckland. The largest colonies of New Zealand penguins are found at:

Photos not to scale.

Little penguins, yellow-eyed penguins, and Fiordland-crested penguins are the three species living on the mainland. These penguins nest on the island’s rocky shores, caves, and fiords.

Where to see wild penguins in New Zealand

Below find more detail on the viewing spots on New Zealand’s South Island.

The Blue Penguin Colony in Oamaru is a protected natural habitat. It offers an opportunity to see little penguins up close while learning about their ecology and conservation.

In addition to being a tourist destination, it is a research facility employing marine scientists to explore the impact of changing environments on these flightless birds. They are dedicated to long-term conservation, and the entrance fee supports this important work.

Visitors watch the penguins arrive home after a day of fishing every evening at a safe distance.

It’s one of many unique things to do in Oamaru, a town well known for its Victorian-era construction and as the steampunk capital of New Zealand.

The Katiki Point Lighthouse is about an hour north of Dunedin and just south of the Moeraki Boulders. It’s not a popular spot. Our best guess as to why would be that the metals (gravel) road leading to it feels so isolated we were pretty sure it led nowhere and almost gave up.

Once at the car park, we followed the footpath passing the lighthouse until just beyond the stile that was installed to allow us to cross.

Almost immediately, we began to see wildlife in the distance, including some rare yellow-eyed penguins on the rocks below. As I was taking zoom lens photos, my daughter quietly pointed out a striking yellow-eyed penguin that stood watching us from less than 10-metres away. Our full story and images are here.

The Otago Peninsula is a great place to see wildlife, and that includes plenty of penguins. While you may stumble across some in the wild, there are two fabulous guided options that we have done and recommend. In both, you view the penguins in their natural environment. These are Penguin Place and Taiaroa Head (just outside the Royal Albatross Centre).

A popular place to see penguins in New Zealand, a raft of yellow-eyed penguins come home every night around dusk. There is easy viewing from the hilltop.

The October night we went, we stood outside in the wind for nearly two hours. In fact, I was the last holdout, staying much longer than the other visitors that night. In total, we saw two penguins in the distance.

The penguin lover I am, this still seemed worth it. The next day we headed down to the petrified forest (also in Curio Bay) and spotted two more in the distance.

While Litte blues are most commonly seen here, there is a high probability of spotting yellow-eyed penguins as well. And, as a bonus, there are more brown kiwi / Tokoeka than humans on the island. Read more about Stewart Island here.

The only time I have personally spotted Fiordland crested penguins was at Monro Beach, a short hike from Lake Moeraki (30 km north of Haast). We saw only a few as they left the surf and waddled across the beach and into the scrub bush.

Despite the signage telling us about the breeding penguins, I believe we got lucky. That, and a bit of patience. We waited quietly on the beach for what felt like several hours before the first penguin came into view. We remained at a distance to protect them. You can read the full story here.

NZ’s largest mainland colony of little blue penguins nest just outside of Christchurch, near Akaroa on the Banks Peninsula. These include some white-flippered little penguins, a variety only found in Canterbury.

A popular penguin adventure starts out in Akaroa and heads to Pohatu/Flea Bay to observe a raft of little penguins as they return to land for the evening. Dressed in camouflage and using binoculars (provided), you can observe the birds without disturbing them. The 4WD transport and fabulous views across Akaroa harbour are all part of the fun. Reserve your Pohatu little penguins 3-hour evening experience here

Here are a few more places where you might spot New Zealand penguins.

In general, July to March is the best time of year to see penguins in New Zealand, depending on the species. They tend to spend more time ashore during their breeding season, but remember to view from a distance. Do not disturb the birds.

Best time to see each species:

Aquariums and zoos where you can see penguins in New Zealand

It’s not always possible to see penguins in the wild. There are NZ alternatives, like zoos and aquariums, that are home to various penguin colonies. They are also great places to learn about these amazing animals and their habitat and even get to feed them!

On the North Island, these include:

On the South Island, you can see penguins at:

How you can help keep New Zealand penguins safe

New Zealand law protects these birds. And sadly, it is humans, as well as dogs and stoats, that pose the largest threat to penguins in New Zealand. While stoats harm chicks, one dog can damage or destroy an entire colony.

The NZ Department of Conservation offers a few tips on how we can keep our penguins safe.

Taiki means to care for people and place. The Tiaki Promise is a commitment to care for New Zealand, now and for future generations.

By following the Tiaki Promise, you are committing to New Zealand to act as a guardian, protecting and preserving our home. It is all of our responsibility.

Where will you see penguins in New Zealand?

More from the South Island you might also like … or check out any of our NZ road trip itineraries. 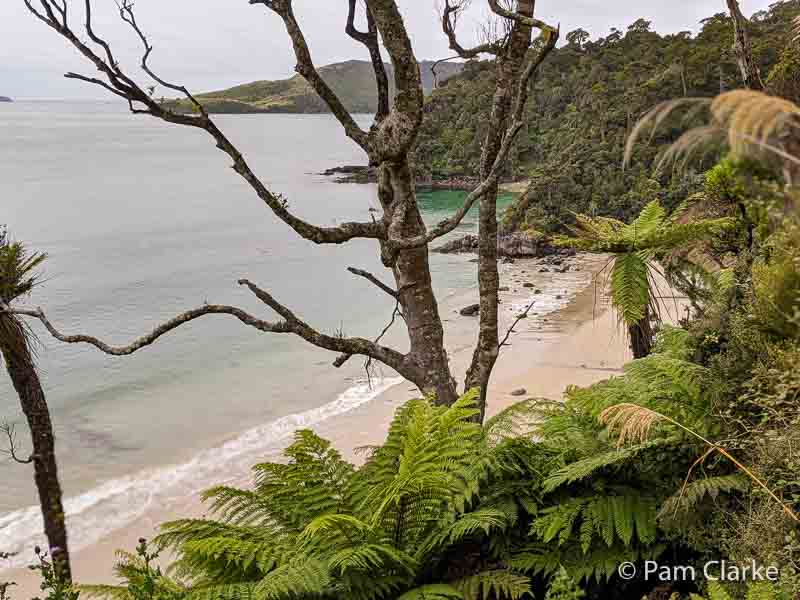 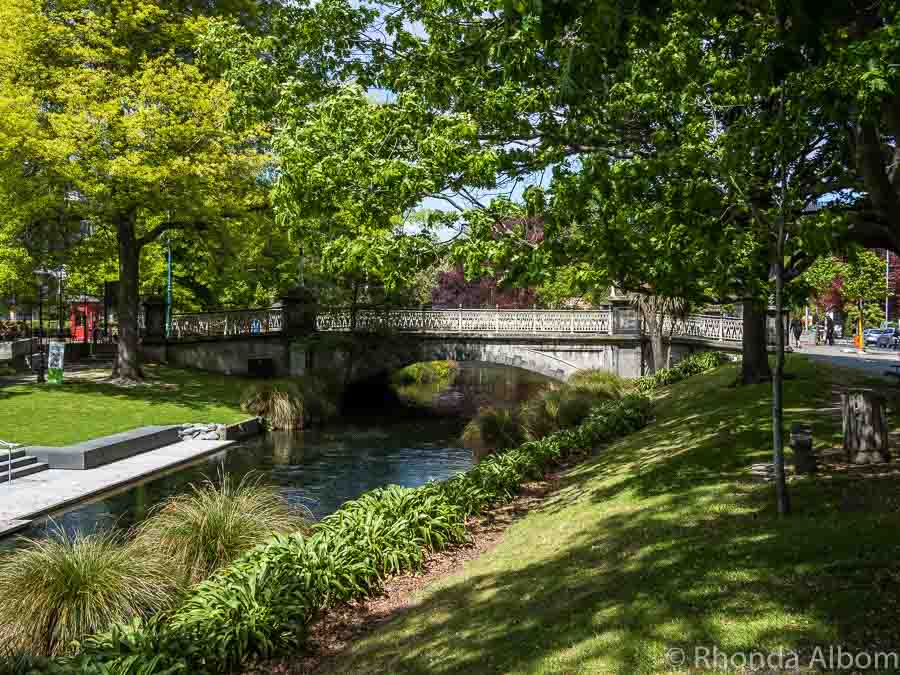 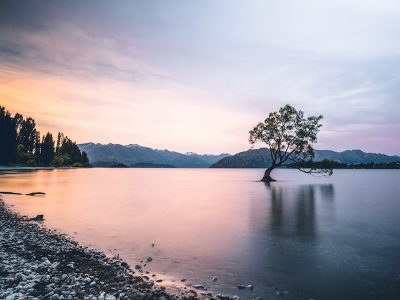 Things to do in Wanaka New Zealand: Most Free or with 2022 Discounts 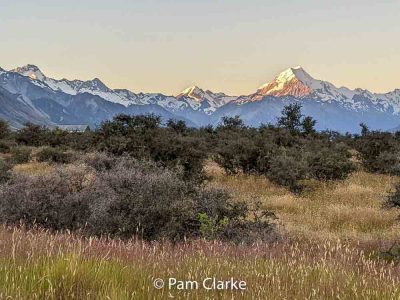