Last Updated: December 9, 2022 // by Rhonda Albom // 78 Comments
We may earn a commission through links on this site at no extra cost to you.

New Zealand’s Royal Albatross Centre offers a safe haven for nature’s contrast. It’s the nesting grounds for both the largest of the country’s seabirds and the world’s smallest penguin. With conservation and animal protection at its forefront, it offers an opportunity for visitors to observe both the Royal Albatross and the Little Blue Penguins (tours now run independently), without disturbing either.

Well worth the drive out to the end of the Otago Peninsula, the Royal Albatross Centre is a place for learning and discovery. Opting for a late afternoon visit, we were able to see the massive albatross both nesting and in flight, as well as the fairy penguins (Little Blue) returning home for the evening.

Below we share our experience but also encourage you to visit if you are in Dunedin.

Our visit to the Royal Albatross Centre

As the Northern Royal Albatross spreads its massive wings, I thought this day couldn’t get any better.

Then, our second Royal Albatross Centre tour brought us to a beach that is now a Little Blue Penguin habitat. Here, we witnessed 95 fairy penguins return from the sea, waddle across the sand, and climb the rocks just metres from where we stood.

The evening’s magic is burned into my brain. The birds are extraordinary; one is the world’s largest flying species, the other is the world’s smallest penguin.

As a photographer, it was a bit of a miss, one of my first fails. Excitement, fog, tinted observation area glass (albatross), and shadows (penguins) create a less-than-ideal photography shoot. Yet, our time at the Royal Albatross Centre was a highlight of our recent visit to Dunedin.

It began with a picturesque drive to Taiaroa Head at the end of the Otago Peninsula.

Here, the albatross created a home, and the Royal Albatross Centre offers tours. We opted to do it all.

First, we joined one of the albatross tours, then we explored Fort Taiaroa. Next, we enjoyed dinner at the cafe, and finally, we watched a breeding colony of penguins return to their habitat.

Taiaroa Head is home to the only mainland breeding colony of the Northern Royal Albatross in New Zealand. They mate for life, returning here once every two years to breed. They produce one chick per breeding cycle, and they sit on that egg for 79 days before it hatches.

Their massive wingspan expands up to three metres. Graceful to witness, they glide, rarely flapping their wings. Once a chick has fledged, it will take 10 days to fly from New Zealand to South America at speeds up to 120 kph, returning to Taiaroa Head as a teen to find a mate.

Watch the albatross on NZ’s Department of Conservation’s live webcam.

The historic Fort Taiaroa is one of New Zealand’s earliest settlements. A Maori camp in the 1300s, it later became a fortified Pa and was one of many sites where the Treaty of Waitangi was signed in 1840.

Like many peninsulas in New Zealand, Taiaroa Head was used for defence, first by the Maori, and then later by New Zealand. Similar to North Head in Devonport, Fort Taiaroa was built underground and into the hill during the 1880s for fear of Russian invasion. Both sites use a system of tunnels and the famous New Zealand Armstrong disappearing gun.

The images below are:

Dinner at the Toroa Cafe

We took the last albatross tour of the day. This left us with enough time to enjoy dinner before the penguin tour started at dusk. The floor-to-ceiling atrium-style windows make the Toroa Cafe a pleasant place to enjoy a meal or a coffee. (It was named Albatross Cafe the last time we ate there.)

As the sunset, we headed out for our second tour, this time to see the penguins come home.

Standing on the platform overlooking Pilots Beach, we watched for movement in the water. Each evening at dusk, the Little Blue Penguins come home in groups called rafts.

Easy to spot, from the first glance I felt the excitement. The Royal Albatross Centre has installed lights, allowing us to see it all without disturbing the birds. The natural atmosphere enhances the magic.

The gentle breeze carries the fresh aroma of the ocean mixed with wafts of damp penguin. Their tiny bodies waddle up the beach, scamper over the rocks, and disappear into burrows. The loud squawking vocalization of the penguins is the only thing that interrupts our thoughts.

We saw 95 Little Blues that night. They are part of a breeding colony of penguins that mate for life and return to the same spot on Pilots Beach daily.

At only 25 cm tall, their camouflage protects these flightless birds from penguin predators. Their blue backs look like the ocean to flying birds from above, while their white bellies appear like a glow from the sun to penguin predators lurking under the sea.

Note: While it was run by the Royal Albatross Centre when we visited, today, the tour is run by Blue Penguins Pukekura. The penguin portion of the experience is the same as we described above. However, the new tour discusses the significance of the reserve to the Māori people. In 2022, it was voted among the top 10 best experiences in New Zealand on Trip Advisor. Reserve your Blue Penguins Pukekura tour here.

What you need to know before visiting the Royal Albatross Centre

Getting to the Royal Albatross Centre

Will you see it all at the Royal Albatross Centre? 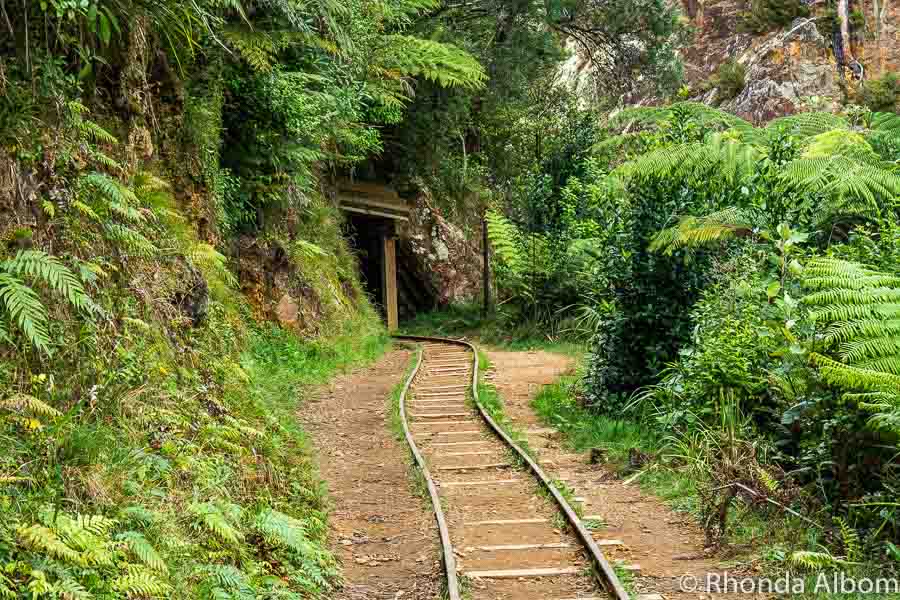 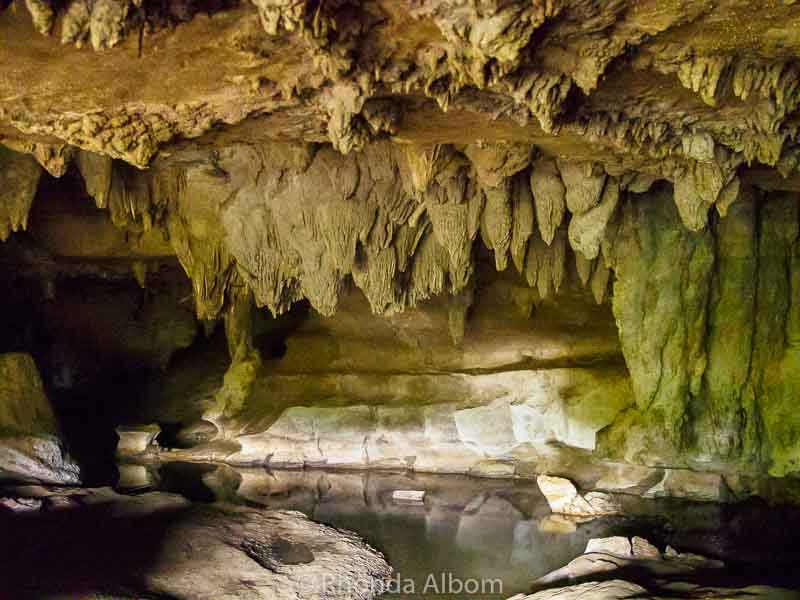 Waipu Caves, Glow Worms and Other Things to Do in Waipu New Zealand 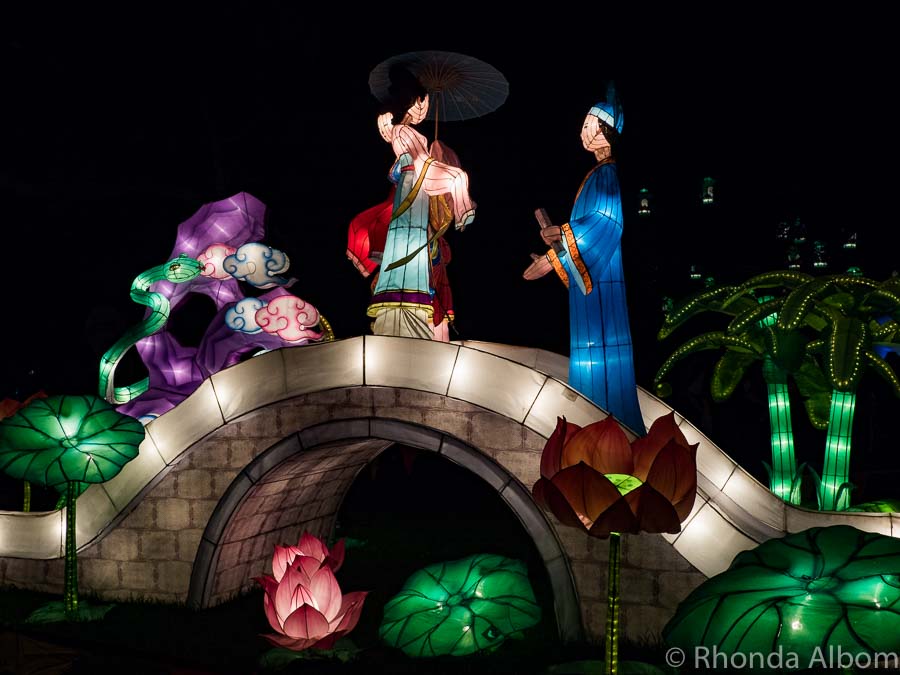 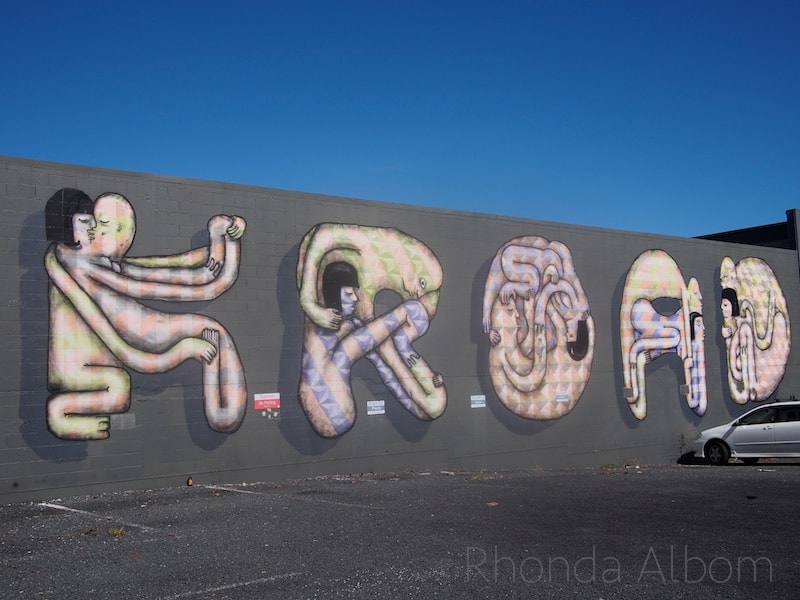 K-Road is Auckland’s Mix of Alternative, Traditional, and Urban Art

Disclaimer: The Royal Albatross Centre hosted our visit. However, the opinions expressed here are strictly my own.