Things to Do in Oamaru: New Zealand’s Steampunk Capital

As if stepping out of a time machine, we entered the Oamaru Victorian Precinct, and it was 1870. Not literally, but there is an overriding feeling that this is a town Father Time forgot. From the Victorian architecture to the steampunk ambience, there are plenty of things to do in Oamaru.

We had arrived late on a Saturday after a rare and lucky wildlife encounter that included endangered yellow-eyed penguins and a New Zealand fur seal pup. Late to bed, early to rise and we were ready to go. We define early start as out-the-door before 9 am.

It was a Sunday morning, allowing us to head straight to the weekly Farmer’s Market, a well promoted regional event. To our surprise, this town sleeps later than we do and the market didn’t start until 10 am. This gave us plenty of time for a walk along the coast and a big breakfast. Oamaru is a charming town, worth more than a meal stop.

Things to Do in Oamaru

Here are what we consider to be the highlights of the things to do in Oamaru:

Arriving here early, before most of the tourists and their modern vehicles, and even before many of the buildings were open, we had a sense that the past had returned. The restored buildings felt untouched. Everything we see is from the 19th-century, and an almost eerie feeling passes over us. As tourists arrive, and buildings open up, you have to wonder if Jules Verne sat here when he wrote his romance novels. It’s a town where time stood still, yet it progressed. No wonder it is home to steampunk in New Zealand.

Famous for limestone, the white buildings have been called whitestone (and yes, this town is home to Whitestone Cheese). 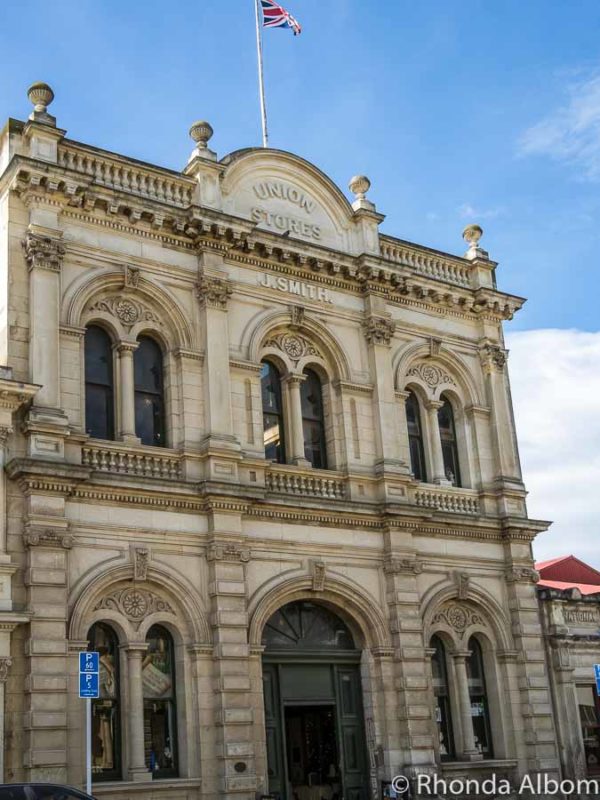 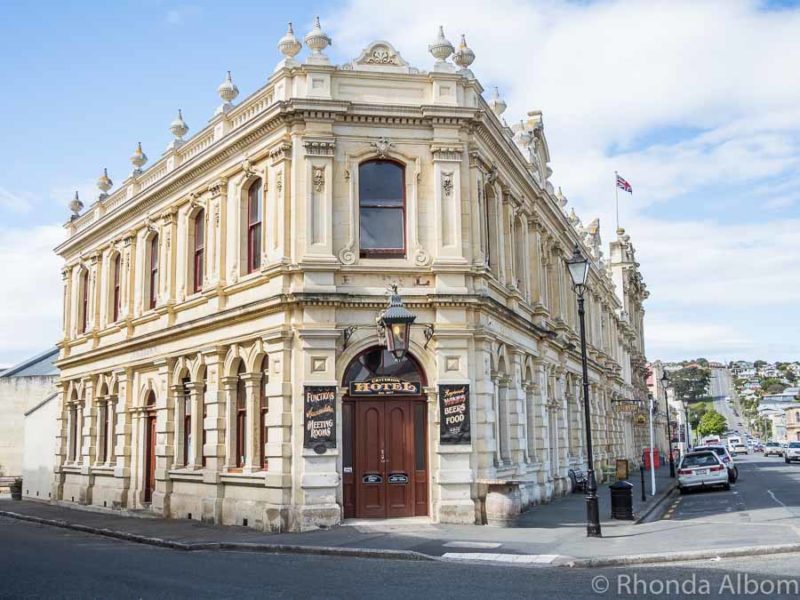 It seems natural that New Zealand’s Steampunk Museum is in the Oamaru Victorian Precinct. The choice of an 1883 grain elevator building offered the perfect ambience, just a bit creepy, yet strangely inviting. Inside Steampunk HQ we were transported to an alternate reality, filled with steampunk paraphernalia. Some of it was just to look at and wonder, while others were hands-on. There was a pipe organ to play, old dentist chairs to sit in, and an alternative reality room to experience.

If you are looking for a definition of steampunk, I think dictionary.com defines it well:

“Steampunk is a subgenre of science fiction and fantasy featuring advanced machines and other technology based on steam power of the 19th-century and taking place in a recognisable historical period or a fantasy world.”

Still confused? Visiting won’t help. It’s a difficult subculture to understand, yet fascinating to observe, even without full appreciation. Steampunk HQ is one of those places that you have to experience.

The unique playground follows in the steampunk genre of the town. The spot has been home to a playground since the 1920’s, although many of the features, including the penny-farthing swing, are only a few years old.

The Oamaru Farmers’ market is much smaller than I imagined. If your goal is a quick glance at everything, you could visit the entire market in 10 minutes or even less. However, if you enjoy country charm, plan to stay a bit longer. Adorable children danced and played, almost upstaging the talented local musicians (who I believe were their parents). Local fare and produce is there to be enjoyed, and if you haven’t had one of the famous South Island cheese rolls, the market is your chance. Intermix a few local crafts and a friendly atmosphere, and you can be sure most of the town locals are here.

Possibly the newest addition to the Victorian Precinct, Whitestone City brings you back to Oamaru’s roots. It takes you back to the late 1800’s as if it were the day you arrived here via ship. You enter into an interactive world that lets you experience the fun side of life. Head into the saloon for a game of bagatelle, take a ride on a working penny-farthing carousel, take a seat in the classroom while the teacher gives a lesson, or simply walk down the road. The interactive experience will allow you to discover the rules of the classroom and the consequences of breaking them, as well as learning a new game or two. It’s not a museum, but rather a place of hands-on discovery.

From the exterior, The Galley appears to be an old, rusty, seaside building with a door that seems locked, but in fact is open. From the interior, it is a charming cafe with fabulous traditional breakfast, and more importantly, great coffee. After your meal, take a walk along the waterfront.

An easy walk or quick drive brings you to a lookout point over the harbour.

One of New Zealand’s oldest gardens, the Oamaru Public Gardens were opened in 1876 and are now registered a ‘Garden of Significance’. We enjoyed the peaceful Chinese Garden portion. There are also several fountains, walking paths, a fernery, a children’s playground, a rose garden, and aviaries.

From Oamaru, we headed north towards Christchurch, with a stop in Timaru to see the Maori Rock Art Museum.

Caves and overhangs along the South Island are filled with Maori rock art dated back to the 1300s, long before Europeans arrived on the island. To date, over 600 creations have been discovered, many on private land. To begin to understand it all, we visited the Te Ana Maori Rock Art Centre. Here, we were given an insight into the origins of the Ngāi Tahu Whānui. Our guide shared with us historical relics including rock art. Some are original, while others are copies. She shared tribal stories, traditions, and history. The centre boasts the most significant collection of ancient Maori rock art in New Zealand.

Have you been to Oamaru? Are you a fan of Steampunk?

Disclaimer: We had complimentary entrance to Steampunk HQ, Whitestone City, and Te Ana Rock Art Centre to gather first-hand information for this article. The opinions expressed here are strictly my own.