Cave drawings and handprints dating over 20,000 years ago lined the wall of Cuevo de la Castello (El Castello Cave).  Actually, it was just last month that more accurate dating determined that one of the markings was nearly 40,000 years old.

This cave is the one you have been reading about if you follow this sort of thing in the news.  It will probably close to tourist traffic soon, and we feel really lucky to be one of the few hundred people who were able to get inside and see the cave drawings today. 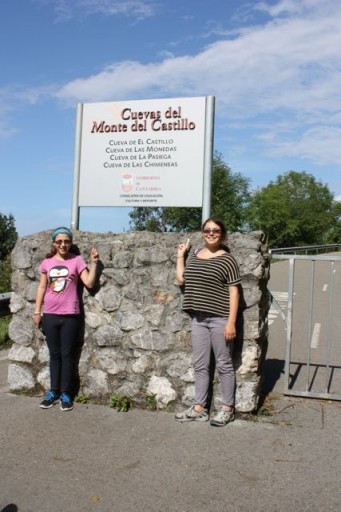 For me, these cave drawings were a highlight of our trip.  As you would imagine, no photos were allowed and I didn’t violate this rule.  But the images drawn on the walls are burned into my brain.

We also visited the Museo de Altamira.  As the Cave of Altamira is now closed to the public, there is an exact replica in the museum, with timed entrances.  There were no photos allowed, however, the museum has recorded the art.  I selected this image as there was very similar art in El Castillo. 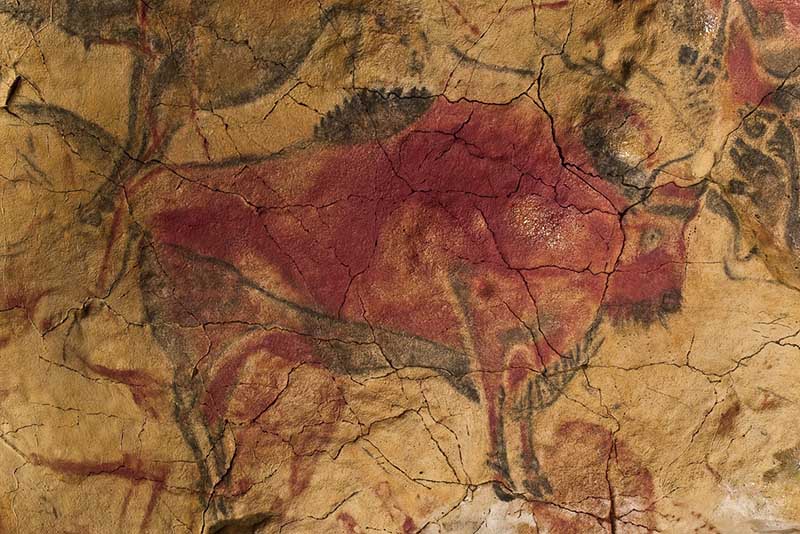 At the museum, we learned about the ancient pre-humans that lived in the caves.  We participated in a workshop on buffalo hunting and we learned how the earliest man lived in the tundra, with no trees to hide behind, so they had to develop tools to increase their accuracy and reduce their danger.

We were given a lesson and all had several tries.  Only our instructor and one boy actually hit the “bison.”  Me, I would have starved, or learned.

(Here Melissa and I gave it a try) 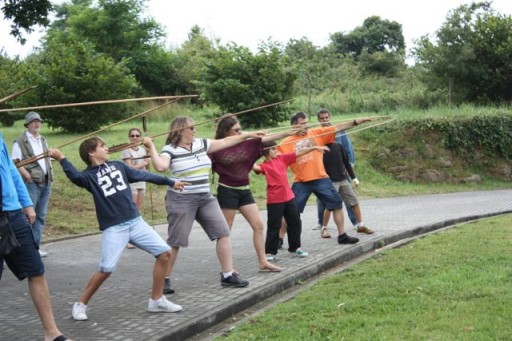 Our second home exchange in La Coruña is over, and we are taking the long way back to Costa Brava, in the northeastern portion of Spain.

Except where noted, all photos on this page © Rhonda Albom 2012

Have you been inside any of the caves in northern Spain or southern France? Have you seen cave drawings?