You are here: Home / Travel / Europe / Northern Europe / 5 Best Places to Visit in the Netherlands

5 Best Places to Visit in the Netherlands

If you’re wondering where are the best places to visit in the Netherlands, look no farther. We went to the experts. This list written by Ask the Dutch Guy outlines the best in the country. See the author’s details below.

The Netherlands is one of the dreamiest and most enchanting places in Europe, if not the whole world. People from around the globe know the country for its canals, windmills, and tulips, but the Netherlands offers much more.

It is the home of medieval castles, breath-taking gardens and nature parks. There are friendly locals who would love to ride a bicycle with you around the beautiful city of Amsterdam. Oh, yes, be prepared to get on a bike and ride.

The Netherlands is known for urban cycling. This cool and relaxed lifestyle is perfect, since the country boasts of fairy-tale-like sceneries and destinations.

According to Culture Trip, “roughly half of the country ride a bike on a daily basis” and “bicycles actually outnumber people in many Dutch cities”. This makes touring the country even lovelier. Here are just five among many of the best places to visit in the Netherlands.

Best Places to Visit in the Netherlands

Most travellers come to the country to see and experience a lovely boat ride along the capital city’s canals. Amsterdam’s man-made grachten (in-city canals) is over 100 kilometres long, passing under 1,500 picturesque bridges and along 1,550 monuments.

Each canal offers an interesting site that could easily leave visitors breathless. Amsterdam is known for many other things, including its infamous Red Light District, but the canals are clearly its top draw.

The city’s network of canals made it into UNESCO’s World Heritage list in 2011. It’s definitely the best tourist attraction in the city, a must-see when in the Netherlands.

While hiring a private open-air boat with a personal guide is the preferred choice by many, strolling or cycling along the canals is quite an experience as well. Major museums and art galleries are easy to reach. Each turn, nook, and corner promises to reveal an attraction that will enhance a tourist’s experience while in the city.

Pedalling through the Grachtengordel neighbourhood is a leisurely bike ride going back to hundreds of years in the past, with its wooden bridges, houseboats along the canal, quaint 17th-century homes and 400-year-old streets, as well as lovely boutique shops, cafés, and gardens.

When visiting in spring, you shouldn’t miss Keukenhof and its millions and millions of flowers. Located not far from Amsterdam, Keukenhof is the largest and most famous flower park in the world. It’s known and admired for housing 7 million flowers in bloom! Travellers from everywhere know the Netherlands for its flowers, especially tulips.

Several gardens are grouped in four pavilions with a majestic collection of tulips, roses, daffodils, hyacinths, orchids, carnations, irises, lilies and many others, spread in a 70-acre land. Can you imagine the amazing display of colours and the fragrant aroma that fill the air as you walk by?

Also referred to as the “Garden of Europe,” there is no other park like this in the world. This explains why it attracts over a million visitors every year, despite the fact that Keukenhof only opens from mid-March to mid-May when the tulips are in bloom.

The Rijksmuseum is the national museum of the Netherlands. It’s home to 800 years of Dutch history and magnificent collections that could not be seen anywhere else in the world. With a stunning building, grand interior design, lively events, truly world-class amenities, and rare art and antiquities, the Rijksmuseum offers a comprehensive overview of Dutch art and history from the Middle Ages to modern times.

Visitors, both local and international, will develop a keener and deeper appreciation of the Netherlands and our people.

It has an extensive collection of about 7,000 works of art, including 5,000 paintings and 35,000 books. For art lovers and those who simply appreciate beauty, a day is not enough to truly take in the splendour that is offered in the national museum.

One could already spend half a day just appreciating Vermeer’s “The Milkmaid”, Avercamp’s “Winter Landscape with Ice Skaters”, and Rembrandt’s “The Night Watch” and “The Sampling Officials of the Amsterdam Drapers’ Guild”.

In addition to Rijksmuseum, art lovers might also want to visit and spend a few more hours at the Rembrandt House Museum, located in the city’s historic Jewish Quarter. There is also the Van Gogh Museum, which is home to the world’s largest collection of Van Gogh’s works and that attracts around 1.5 million visitors every year.

The Anne Frank House is not just for history buffs or literary fans, but also for everyone who loves stories of hope and human triumph. The actual home where Anne Frank’s family hide for much of WWII is definitely a must-see when in Amsterdam. Her story, bravery, and hope make up one of the most celebrated human-interest accounts associated with the Second World War. It is amazing that such an important landmark has been preserved for everyone to see and experience.

On 6 July 1942, the family went into hiding inside this building at Prinsengracht 263. This is where little Anne wrote her famous diary that told the story of her legacy and her family’s bravery. They were Jewish refugees from Frankfurt, and Anne’s remarkable diary has since been translated into 51 languages.

Now a museum, the back of the fully-restored house has been kept in its original state. The atmosphere inside remains authentic and subdued. The Anne Frank House is a museum with a story, as told through quotes, photos, videos, and original artefacts.

On display are Anne’s two other notebooks – “Favourite Quotes Book” (Anne’s collection of her favourite quotes) and “Tales Book” (containing Anne’s original short stories; she hoped to be a famous writer and journalist) – and her original red-checked diary, which she received for her 13th birthday on 12 June 1942.

Aside from canals, tulips, and art masterpieces, the Netherlands is also world-famous for its windmills, particularly the windmills of Kinderdijk. One of the country’s top attractions and a UNESCO World Heritage Site, the 19 magnificent Kinderdijk windmills were built between 1722 and 1761.

Local residents constructed these impressive buildings with 92-foot sails to drain the fenlands and transfer water to a higher basin that flowed into a river, creating an extensive irrigation system that still stands after hundreds of years.

Thanks to these gigantic man-made structures, the village of Kinderdijk has remained dry and above water. Like most of the other four attractions in this list, the windmill complex in Kinderdijk is unique in the world.

When and where to go in the Netherlands

While winter in the Netherlands is as magical, the best months to visit are April and May in spring. The summer is lovely, too, but several destinations could be too busy and crowded during the peak summer months, especially July.

The most popular places for tourists to stay in are around the vicinities of the Centrum neighbourhood, the Canal Ring, Museum District, and the laid-back Jordaan neighbourhood.

If you enjoyed this article on the best places to visit in the Netherlands, please share it on social media and save it for later on Pinterest.

Did we find the best places to visit in the Netherlands? 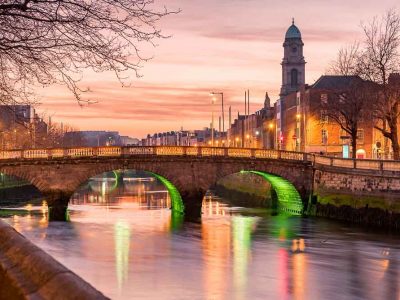 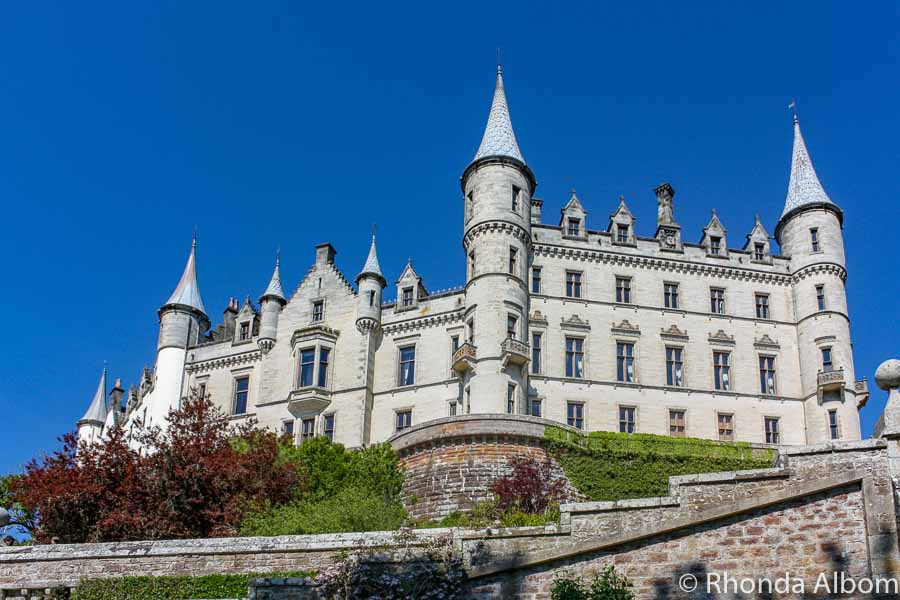 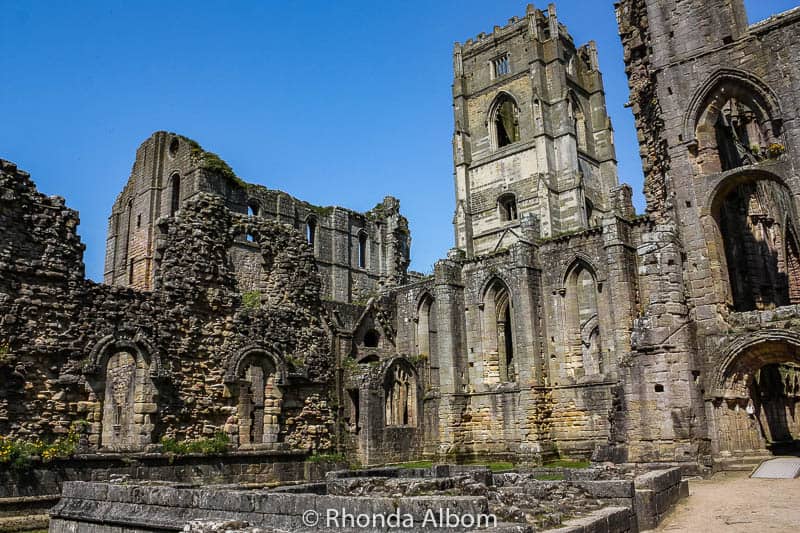 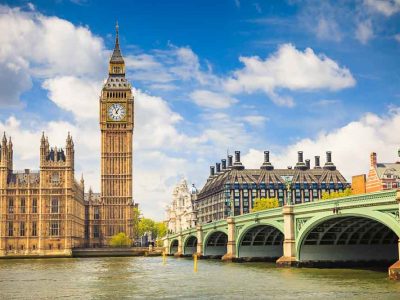 Albom Adventures’ editorial team consists of travel bloggers and other travel writers who periodically provide content to this blog. If would like to join our editorial team, please send us an email via the information on our contact page.