Kauai Itinerary: Cruising here? Highlights to Include in Kauai Excursions

Last Updated: December 27, 2022 // by Rhonda Albom // 68 Comments
We may earn a commission through links on this site at no extra cost to you.

The rain beat down as our ship docked in Kauai, an island that is one of nature’s most exquisite masterpieces, regardless of the weather. Armed with our list of must-see Kauai itinerary items, we were ready to see the highlights. Rather than pre-booking one of the ship’s Kauai excursions, we had hired a private guide.

We were not going to let the weather slow us down.

The fourth-largest (and the oldest) of the eight main Hawaiian islands, Kauai is called the Garden Isle for a good reason.

With lush green forests and jagged cliff edges, it is paradise, even in a drizzle. Some would say we were unlucky, as it rained on our one day in Kauai, but in reality, it is this mist that keeps the island’s vegetation growing so well.

Before we even looked at the options for Kauai excursions, we made our must-see on our one-day-in-Kauai itinerary list:

Plus, there are plenty of other small stops listed below. These were just the key highlights, the must-sees on our Kauai itinerary.

For us, Kauai was a cruise port, a one-day visit. Rather than one of the ship’s Kauai excursions, we organized one on our own. We knew we had enough time to see everything on our Kauai itinerary and make it back to the ship. (When time is tight, we often opt for ship excursions).

We wanted the extra knowledge that only one who lives on the island can have. We opted for a private tour so we could be flexible as the day progressed. Therefore we used Tours By Locals, a company we have had great success with all around the world. Check out their private Kauai guides here.

For us, it was a great choice, especially as our guide immediately recommended changes to our plan based on the weather. We rebuilt our itinerary together, and off we went.

With so many wonderful things to do on Kauai, whatever you choose, you can’t go wrong. Below are our highlights.

If you are from my generation, you will recognize these falls from the old television series Fantasy Island.

The Wailua River that they flow into is the only navigable river in the state of Hawaii. A two-mile float will bring you to a fern grotto so beautiful, it was once reserved only for Hawaiian royalty.

The sound of a ‘dragon’ caught my attention before the spout reached up to the sky. It has hit heights of up to 50 feet.

And like everywhere on the island, colourful Kauai roosters and hens are abundant in the area.

Located on the sunny south side of the island, Poipu Beach is one of the world’s top beaches and was named the number one beach in the USA by The Travel Channel.

It is one of many Kauai beaches offering both a protected family swim area as well as a surf beach. In fact, nearly half of the island’s 111 miles of coastline are beaches.  There are several fabulous Kauai hikes near Poipu.

As we were driving away from here, we noticed a monk seal basking on the rocks.

The hike up to the top of Shipwreck Point is easy and takes only about 10 minutes. The views are well worth the minimal effort.

It’s a scene recognizable from movies, like when the stars of Six Days Seven Nights were being chased by pirates and leaped off the cliff.

I don’t know about you, but unless I was being chased, I don’t think I would jump off this cliff. However, we met a group of European tourists that felt differently about it, each one taking the leap from Shipwreck Point.

Also from here, we could see the Grand Hyatt Kauai Resort. According to our guide, it was one of the filming locations of Jurassic World.

One look at the image and you know why this 3,567-foot deep, 12-mile long canyon is nicknamed the ‘Grand Canyon of the Pacific.’

Waimea Canyon was originally on our list. We opted not to visit as our driver advised that with the rainy weather came heavy fog, and she felt we would see nothing.

However, it’s a popular Kauai excursion destination. Many like to hike the canyon. This popular tour will have you hike up the canyon, and also see Spouting Horn, learn about Kauai history, and cruise down Wailua River to Opaekaa Falls and Fern Grotto. Reserve your Waimea Canyon and River tour here.

If we were staying longer, however, we would have taken this highly-rated helicopter tour that flies over the Manawaiopuna Falls (Jarrasic Falls) and lands in the Olokeke canyon, as well as flying over Waimea Canyon. Reserve your helicopter adventure here.

Visiting Kauai is different than islands like Rarotonga, as there is no outer rim road on Kauai.

In fact, the beautiful Napali Coast can only be accessed by plane, helicopter, or boat. We didn’t get here on this visit as the weather was not favorable.

If you are here for longer and want a small plane flight, we recommend this highly-rated flight-seeing tour that flies over the Napali Coast and Waimea Canyon. Reserve your flight here.

It may not look it in the photo, but this over the 100-year-old tunnel of eucalyptus trees runs for a mile. It was originally planted next to sugar cane fields and offered a place for cattle to get some shade.

Old Ahukini Harbor and ruins of a sugarcane dock

The fog limited the normally massive views seen beyond the old Ahukini Harbor, but along with the bad weather came the bigger waves and sea spray.

A highlight of the Ahukini Harbor is the ruins of a former train dock used by the sugarcane plantations. While sugarcane isn’t currently commercially grown on the island, it does have a long history dating back to 1835.

Opaeka’a Falls and the village used in the movie “Outbreak”

Viewed from a lookout point, Opeaka’a Falls is often called a rolling waterfall as the water seems to roll down rather than fall.

Immediately after you see Opaeka’a Falls, be sure to walk to the end of the path and cross the street. Here, we overlooked the camp where the movie “Outbreak” was filmed. If you allocate time, you can walk down to the village on one of the many Kauai hiking trails.

Outbreak is one of several movies filmed on the island including Blue Hawaii, Jurassic Park, Jurassic World, Six Days Seven Nights, Raiders of the Lost Ark, The Descendants, South Pacific, and Donovan’s Reef, to name a few.

The once-flourishing Coco Palms Resort has over 200 coconut trees on its property and, in 1961, was the filming location of Blue Hawaii starring Elvis Presley.

Unfortunately, the property was seriously damaged by Hurricane Iniki in 1992 and has been left to become derelict, a much different story than the sordid tale of the derelict Sheraton on Rarotonga.

One of the big advantages of having a private guide is the flexibility to make changes on the spot.

The Saturday morning farmer’s market in Lihu’e was an unplanned stop offering us samples of a variety of Hawaiin tropical fruits like sugarloaf pineapple and Hayden papaya.

I love stopping in old historic towns like Koloa. Here we found a tiny (one room) museum that highlighted the former sugar cane industry that once dominated this area. There is also a fancy nut roastery, a coffee shop, and public restrooms.

The Menehune are an ancient race of Kauaians, who legend tell us settled the island hundreds of years before Captian Cook discovered it in 1778.

According to legend, they built this brick-lined fish pond in just one full-mooned night. Today, plants and pond water hide the bricks. In days gone by, the fish from the pond could only be eaten by royalty.

Kauai is an easy port to visit via cruise ship, as we can walk off the ship and be in the port of Nawiliwili.

For us, it was one of only five ports as we sailed from Los Angeles in the USA to Auckland in New Zealand on the Golden Princess.

The other ports were Honolulu (Hawaii), Papeete (Tahiti), Moorea (French Polynesia), and Pago Pago (American Samoa). To be honest, we found Kauai to be one of the most beautiful islands we have visited via cruise.

Which type of Kauai excursions interest you? What will be your highlights of Kauai? 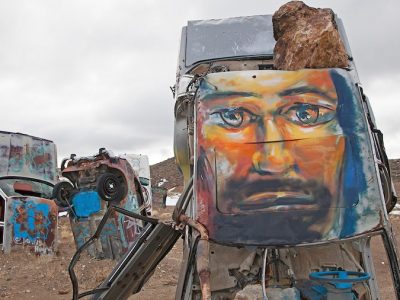 7 Things to Do in Nevada: Weird Options You’ll Have to See to Believe 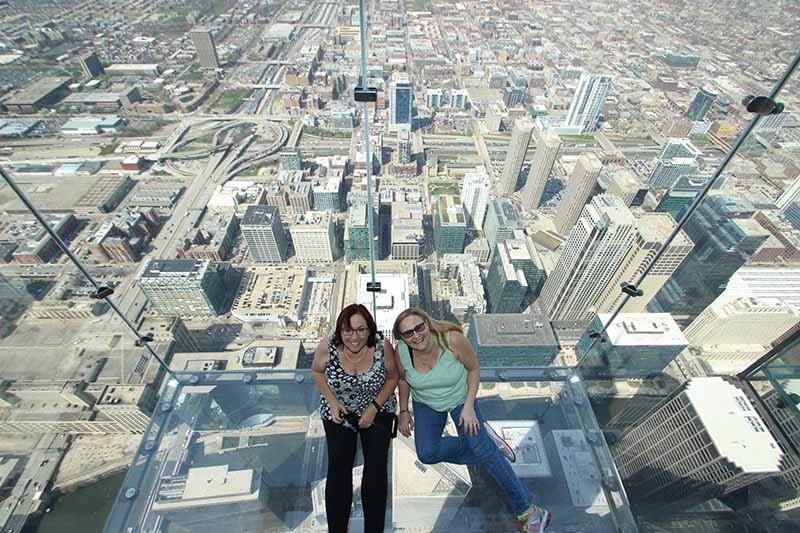 Skydeck Chicago: I Stood on a Glass Ledge 103 Floors Above the Street 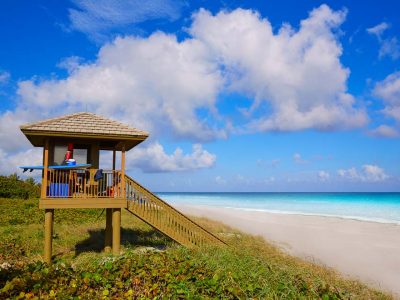 Our Favorite Things to Do in Delray Beach Florida 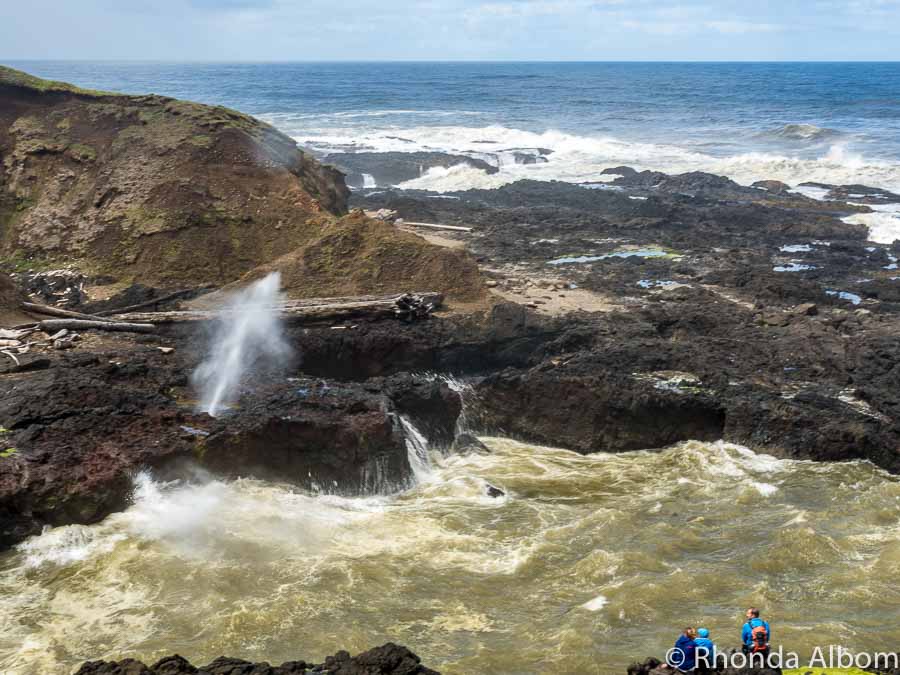