You are here: Home / Travel / Americas / South America / Things to do in Rosario Argentina – Home to More than Just the Flag

As virtual travel persists, we want to share some of the many interesting things to do in Rosario Argentina. We spent a few months in South America just before the world changed and travel became restricted. This is one of many articles held, pending a return to normal. However, we decided it’s time to take you virtually. We hope you enjoy Rosario as much as we did.

Rosario is home to the first Argentinian flag, a claim to fame that put it on the map and one which draws thousands of visitors. While there are plenty of other things to do in Rosario, a visit to the Monumento a la Bandera (flag monument) is a must-do.

Rosario is the birthplace of Che Guevara (Argentine Marxist revolutionary and major figure of the Cuban Revolution) and Lionel Messi (footballer and captain of both the Spanish club Barcelona and the Argentina national team).

For us, we found it to be a city for walking, people-watching, and hanging out with friends.

There are several pedestrian-only roads. While not well marked at the intersections, most people understand not to drive here. We only made the mistake once and then quickly learned the rules.

Best things to do in Rosario: Historic centre and flag monument

Like so many visitors to the city, our first stop was the Monumento a la Bandera.

History tells us that Manuel Belgrano created Argentina’s national flag in 1872. The blue and white stripes represent the sky and clouds, while the sun is the sol de mayo. Interestingly, there are actually two official versions of the Argentinian flag – one with the sol de mayo (the sun) and one without it.

Belgrano hoisted the flag on Rosario’s cliffs overlooking the Paraná River. Monumento a la Bandera commemorates this event and provides a look at history, a memorial to the fallen, and fabulous views of the city from the top of the tower.

What you will see at the historic centre and flag monument

There is a large courtyard, a reflecting pool (empty when we visited), many statues, plaques, and several other memorials at the site. The courtyard, as well as the stairs, seem to be a meeting and hang out place for friends.

At the top of the stairs at one end of the courtyard is El Propileo, an eternal flame burning as a tribute to those who gave their lives for Argentina.

Views from the top of the monument

Our top recommendation is to enjoy the views from the top of the monument. The cost was only 50 pesos (1 USD) and this includes an elevator.

After entering through a turnstile, we walked up a short flight of stairs, turned a corner, and there was another. By the fourth flight, I questioned the elevator’s existence. However, just one more turn and there it was.

At the top, there are four small viewing areas, one on each side. They don’t feel overcrowded as they limit the number of people allowed up at a time.

More things to do in Rosario Argentina

If you have limited time in the city, in addition to the flag monument, there are several other top things to do in Rosario.

Just beyond the flag monument, we walked through the historic Plaza 25 de Mayo, the oldest part of the city. Here there are several historic buildings.

The city’s central cathedral, Basílica Santuario, dates back to the late 19th century. As we were there in the afternoon, the cathedral was closed for siesta. Therefore, we missed the ornate interior with its carved marble columns, frescoes painted on the ceiling, and stained-glass windows.

Sarah attended an Easter mass here a few years earlier and was able to capture a bit of the interior.

Walking along the waterfront didn’t seem as popular as I would have thought. We had read that both cycling and kayaking are popular here, but we saw almost no one doing either. There were plenty of people, but most of them were fishing or sharing maté with friends.

Perhaps we were in the wrong spot, as it’s a long river, or maybe it was the heat.

The market in Parque de España

The artisan craft market itself was smaller than we had expected, with only one strip of booths. What made this adventure great was the rest of Parque de España.

Also in the park, children’s playgrounds roared with laughter while street vendors touted their wares. We couldn’t resist a “super pancho”, a giant hot dog on a bun with mustard, mayonnaise, ketchup and potato chip slivers.

We stayed in downtown Rosario at Hotel De La Cite and opted to walk just about everywhere we went, even though we had a vehicle. It was a fabulous opportunity to enjoy some of the city’s eclectic architecture and statues. Here are a few of my favourites:

Even more things to do in Rosario Argentina

This section represents recommended things to do in Rosario that we didn’t get to.

We weren’t here long, but we didn’t have a bad meal. The generally recommended place to go is anywhere on Avenida Carlos Pellegrini or Avenida Pichincha. We didn’t make it to either, as we didn’t want to wait until 8 pm when most of the restaurants opened.

Our daughter visited Rosario while on an AFS student exchange

At the time of our most recent visit to Rosario, our then 18-year-old daughter, Sarah, travelled with us. Lucky for us, she is fluent in Spanish This was Sarah’s third visit to Rosario.

A few years earlier, Sarah participated in a year-long high school student exchange programme that had her living in Sante Fe City, the capital of Sante Fe province. Her host family took her to Rosario for Easter weekend. She also visited another AFS friend who was living in Rosario on a soybean farm.

Here is what Sarah originally wrote about her visit with the family:

I visited Rosario with my host family on Easter weekend for a family gathering. The first day we went to a quinta, a small house in a more rural area. They’re quite common throughout Argentina to rent for a day or so, for a gathering.

This weekend was with my host father’s extended family. I love how large and close-knit the families are here in Argentina. We had a more traditional asado – outside, with an open fire. It was the first time I’d had a rib at an asado, and it was so good!

Asado meat isn’t cooked by directly touching the flames but rather by the cinders, so there was an open fire, and the cinders were then pushed underneath the metal grille beside it. The ribs were cooked by hanging off of a metal pole in the shape of a ‘T’ near the fire.

We stayed at the quinta until past dinner, and by the end, I was really tired. I, along with many of my host cousins, took naps throughout the day. Siestas are an amazing part of the culture!

How to get to Rosario

We rented a car in Buenos Aires and drove a triangle, first to Santa Fe, then to Cordoba before returning to the nation’s capital.

If you are driving from Buenos Aires to either of these cities, you will pass through Rosario. If you don’t allocate time to stay here, visit the Flag Monument as you pass.

Note that roads are not that great, so if you want a smooth ride, we recommend upgrading to a better car than you normally get. With one exception, we used Rentalcars.com throughout South America and consistently had hassle-free transactions with them.

Which of the things to do in Rosario will you try? 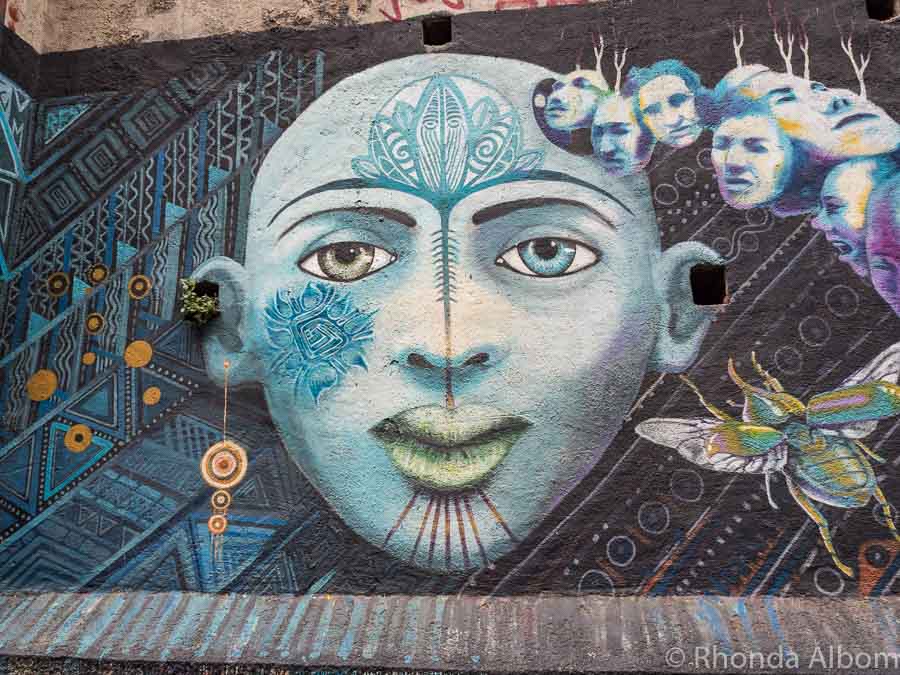 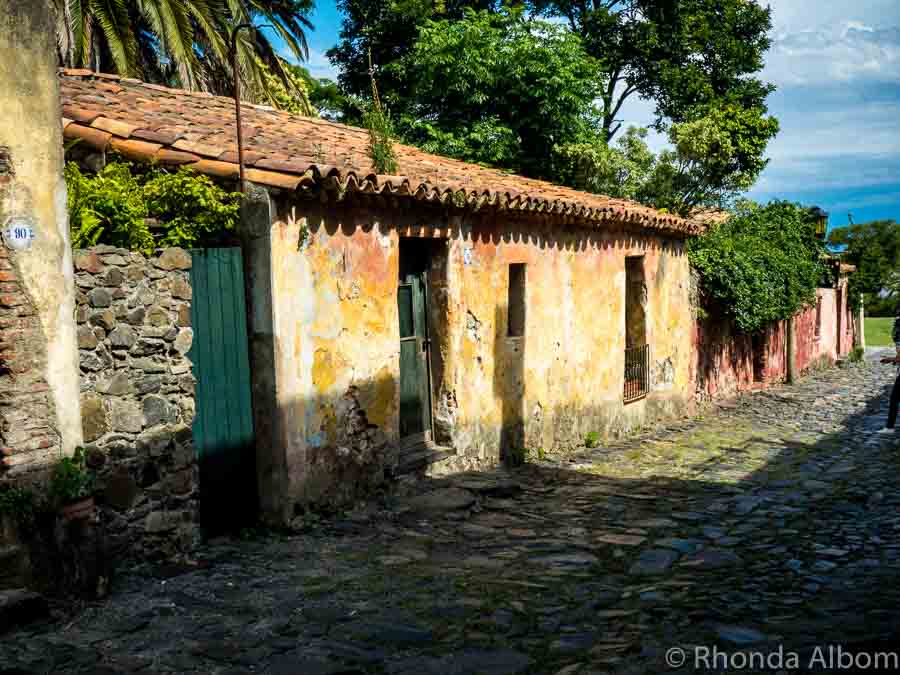 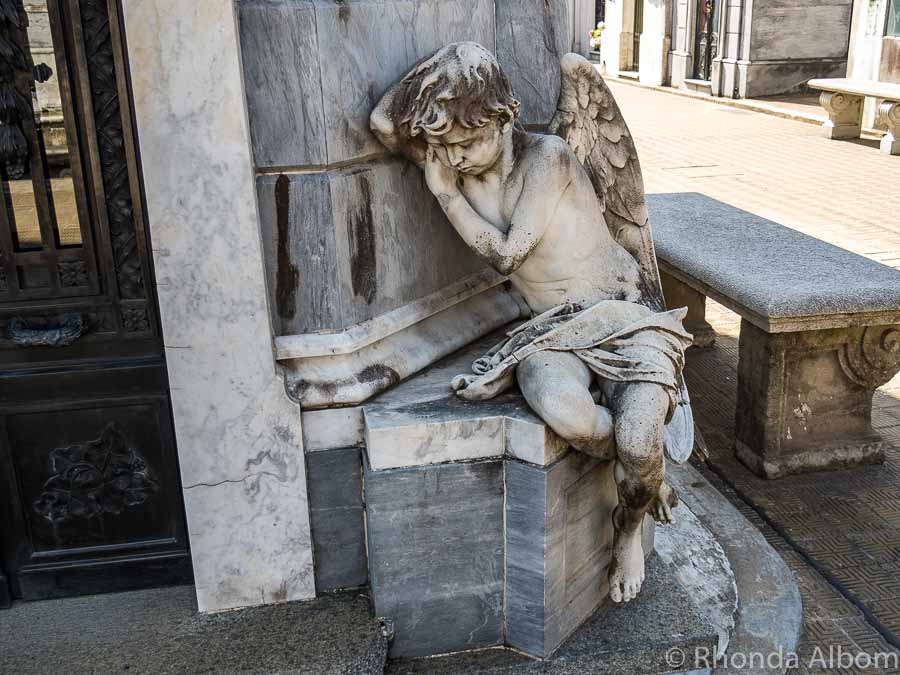 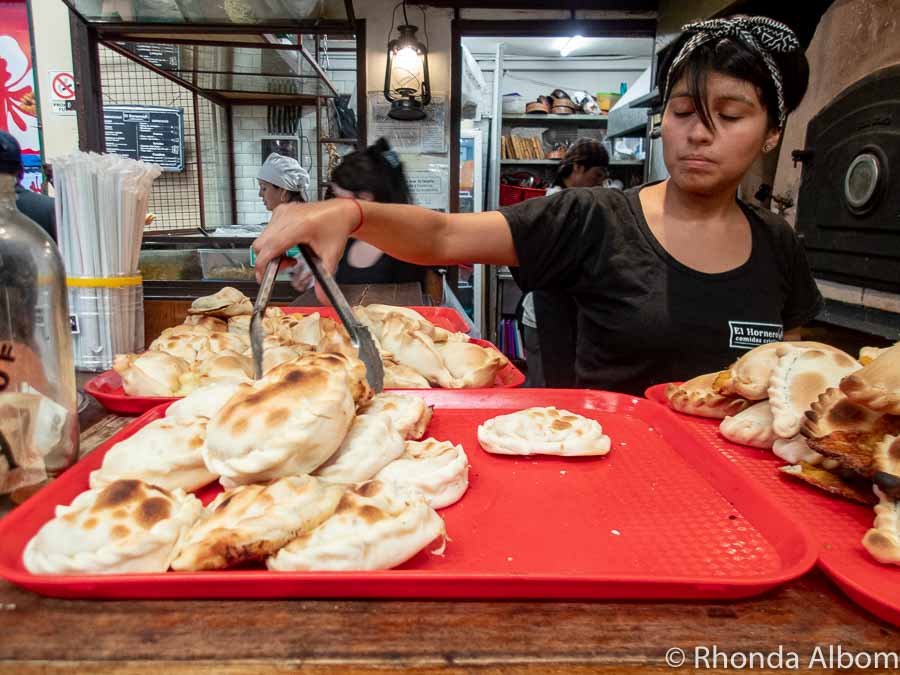