You are here: Home / Travel / Oceania / Australia / Inside the Sydney Opera House: Our Tour of an Australian Icon

Inside the Sydney Opera House: Our Tour of an Australian Icon

It wasn’t to see a show. Although, we were quite tempted to see My Fair Lady directed by Julie Andrews. Instead, we opted for a tour inside one of the world’s most recognisable buildings.

The Syndey Opera House is an engineering wonder, a UNESCO world heritage site, and nothing short of spectacular.

Designed by Jørn Utzon and opened by HRM Queen Elizabeth II in October 1973, today the Sydney Opera House is one of the busiest performing arts centres in the world. We are just two of the 8.2 million visitors expected this year.

Before Going Inside the Opera House

The land in which the Sydney Opera House is built on is known as Tubowgule, which translates to  “where the knowledge waters meet.” It is the land of the Gadigal Clan and therefore, we began our tour by honouring Aboriginal protocol and acknowledging the Custodians of this Gadigal country.

Our first stop inside the Sydney Opera House was the lower Colonnade, home to three theatres: the Playhouse, the Studio and the Drama Theatre. Of the three theatres, we were only able to enter the Studio, and no photos were allowed inside.

Too bad, as it’s an impressive theatre used for a huge variety of events, from a Coldplay recording session to an APEC round table conference.

We quickly discovered on the tour that many areas of the building are off-limits as they are in use, either holding rehearsals, in a live performance, or they simply have a proprietary decor on display for a current or upcoming production.

However, we did get into a few theatres and halls, learn about the history, and discover the attention to detail in foyers and other public areas.

Photo opportunities inside the theatres were infrequent. The foyer photos were fine. There are nine large windows in the Colonnade. The angled window wells (shown below) make the windows appear larger and cut down on glare.

Getting inside and learning about this striking concert hall was the highlight of my tour inside the Opera house. The hall’s total capacity of 2,700 people includes up to 700 on stage. The concert hall design amplifies instrumental sound and produces incredible acoustic tones.

White birch wood used for the walls as well as the seats also enhances the acoustics. The lit glass saucers over the stage raise or lower to distribute the best sound. The organ displays 138 pipes in front and over 10,000 pipes in the rear, making it the world’s largest mechanical tracker-action pipe organ.

We were the last tour group to get into this hall for the day, as rehearsals began as soon as we left.

PRO TIP: Schedule your tour as early as possible during the day, before many theatres are in use.

Booking your tour early in the day gives you the best shot of seeing more.

Amazing Views from foyers inside the Sydney Opera House

We visited the foyers of several of the other theatres, each with unique features and views.

Finally, we headed outside for a closer look at the one million Sydney Opera House tiles that make up the iconic sails. The tiles are not all the same. To create the effect, they used two colours and seven varieties of tiles, with both shiny and matte finishes.

Viewed from the Sydney Harbour Bridge

The day after our tour we explored more of the city. This included a walk across the Harbour Bridge, one of the many things to do for free in Sydney.

Not the heart-pounding adrenaline walking tour over the top, but a gentle walk on the footpath on the same level as the traffic.

As we approached the other side, I captured a different view of the most famous opera house in Australia.

Have you been inside the Sydney Opera House? 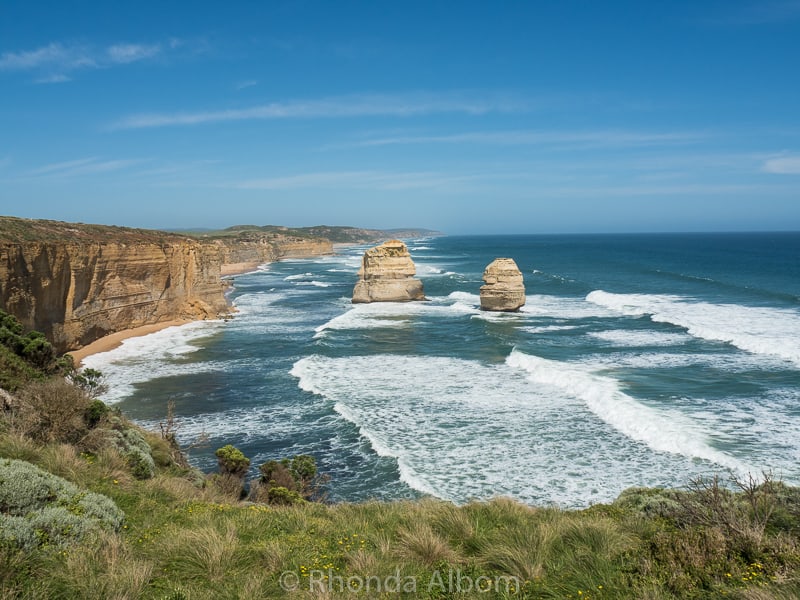 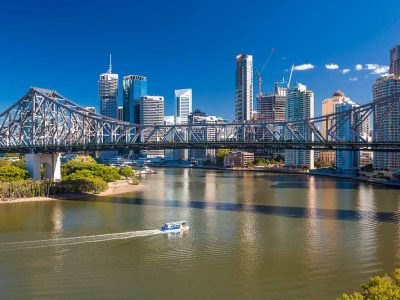 Brisbane in a Day: Visiting this Australian city as a Cruise Port 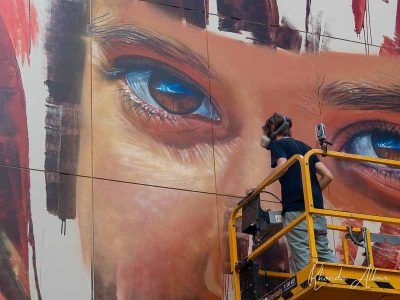 Street Art in Perth: Huge Murals and Sculptures in Australia 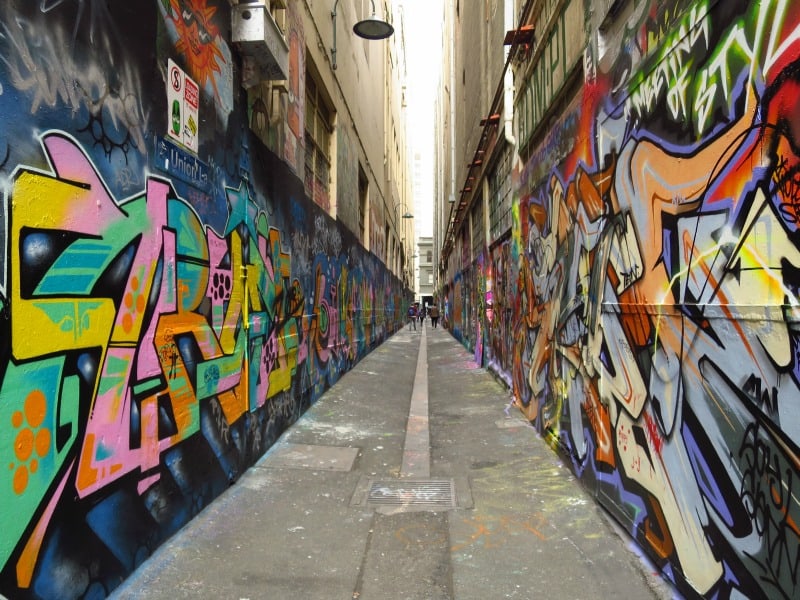 Disclaimer: To assist in the writing of this page, we were provided with a complimentary tour. As always, the opinions expressed here are strictly my own.