Last Updated: October 27, 2022 // by Rhonda Albom // 66 Comments
We may earn a commission through links on this site at no extra cost to you.

Portugal is a treasure trove of small, picturesque medieval towns, yet Obidos stands out in the crowd. Its medieval fairytale-like old walled city and old castle attract tourists, us included.

Portions of the town’s history even read like something out of a child’s fantasy book. After all, the charming town was a wedding gift from King Dinis of Portugal to his new Queen in the late 1200s.

At only an hour’s drive from the capital, it is ideal for a day trip from Lisbon. After all, it only takes a few hours to discover the highlights of this enchanting town.

Some of these include the cobblestone streets, terracotta roofs on top of whitewashed buildings, friendly locals, souvenir shops, and churches, all encased in a seemingly happy atmosphere.

Less prepared than we normally are when we arrive somewhere new, we had a rough start to our mini-adventure, but it all turned out great. Just one missed fact followed by an incorrect turn, and we found ourselves on the wrong side of a padlocked gate. (see below if you want the details)

Things to do in Obidos Portugal

Admire the artwork at the main gate

As you pass through the main (south) gate into the old city of Obidos, be sure to look up. Here you will find Porta da Vila, a small, intricate 18th-century Baroque tiled chapel depicting the passion of Christ.

The classic blue-on-white tin-glazed ceramic tiles, called azulejo, are commonly seen in Portugal as well as in former Spanish and Portuguese colonies. While predominantly decorative, some say they aid in interior temperature control.

In addition to admiring the Porta da Vila from the ground, you can also look down on it if you walk the wall perimeter, as seen in the second image.

Stroll along the cobblestone streets

Once inside the old city, we were enchanted by the cobblestone roads lined with whitewashed homes. Fragrant, colourful flowers enhance the mesmerizing atmosphere. They climb the walls or fill planters on decks and balconies.

Rua Direita is the main street in the old town, and the atmosphere here is friendly and welcoming.

There are multiple sets of steps that lead from the ground level to the intact wall. From the rim, we got a better feel for the layout of the old city, including the sea of terracotta tiled roofs, the castle, and several churches.

Looking the other way, we also got endless views of the more spread out areas outside of the old city. The lush green gentle hills seem to define many of the regions of Portugal that we visited. From the top, we could see the imposing Santuário do Senhor Jesus da Pedra (see below for a description) outside the wall.

Some sections of the rim are a bit unnerving. The perimeter often changed as we walked, with some areas feeling very narrow, while others were missing safety rails. As a result, we slowed in areas, and it took us about an hour to walk the perimeter.

We also climbed additional steps inside one of the towers along the wall. Our efforts were instantly rewarded with fantastic and far-off views.

Sample Ginja in a chocolate cup

Ginja is a local speciality sour cherry liqueur that Benedictine monks initially made. For hundreds of years, the recipe remained secret until the 20th century. Ginja (officially ‘Ginjinha’) is made only in the Obidos region.

Ginja is even better when served in chocolate cups. Not only does it bring out and sweeten the flavour of the Ginja, but after drinking the cherry liqueur, we ate our cups.

There are several medieval churches in the old city. Highlights:

Stay at the Obidos Castle

Originally built by the Moors in the 700s, the castle was redesigned in the late 1200s by King Dinis. It has virtually looked the same since then and is listed as one of the seven wonders of Portugal.

Portions of the interior have been modernized as it now serves as one of the pousadas (heritage hotels). Staying here is the only way to get inside and requires planning well in advance. Plus, it would be pretty cool. (Check availability and book your stay at the Obidos Castle.)

Even if you can’t get in, you won’t miss it from town. The fairytale exterior is alluring in its own right.

Join the fun at a festival

While there are plenty of weekend festivals that take place all year long, there are two festivals in this town worth mentioning, as they draw large crowds and require a bit of planning.

Stand in awe of the aqueduct

On the outskirts of the city is a 16th-century, fully intact aqueduct, the Aqueduto of Óbidos, built under the order of Catherine of Austria.

Walk alongside it for a while, although it originally extended about six kilometres. Imagine the work that went into building it so long ago and take a few snapshots. While not nearly as dramatic as the Segovia aqueduct that we saw in Spain, it is still quite impressive.

More things to do in Obidos

Our amusing adventure getting to Obidos

While often a day tour from Lisbon, Obidos is only about an hour north of the capital city and only 2 hours from our previous night’s stay in Evora. It’s an easy drive as long as you know in advance that the old city is pedestrian only. How we missed that key fact is beyond me.

Here’s our story: The sun was nearing the horizon as we drove up the narrow, windy, cliff-edge dirt road that leads to the walled city of Obidos. The road was a bit nerve-racking, but when we reached the top, the real problem was staring us in the face.

The closed Obidos city gates had a padlock and chain holding them tight. The sign plastered across the former entrance informed us of an upcoming Medieval Fair that starts in four days, but gave us no indication of how to get into the city.

Our pre-paid apartment was inside those gates, as was just about everything we came to see.

Turning around on this narrow dirt road was challenging, even for Jeff. And the descending darkness only added to the difficulty of navigating away from the cliff edge.

Of course, we did make our way back down, parked the car outside a pedestrian gate, and found our apartment. We shared a laugh with the proprietor, and he shared a Ginja with us. So, all in all, a win as we walked away with both Ginja and a good story.

Note: There is only one car park for the old city and it sits outside of the main gate to the south.

Take a tour of Obidos

Obidos is a town that can be enjoyed in just a few hours, making it a popular day trip option from Lisbon. We love a guide for the value added through history, culture and anecdotes. Another big advantage is that parking is a huge hassle in Obidos, and having a guide means you can personally avoid it.

Where to stay in Obidos Portugal:

If you choose to spend the night, there are plenty of options. If you are planning on attending either of the major festivals, be sure to book early, as Obidos’ accommodations fill up. Here are our recommended places to stay in Obidos:

Have you been to Obidos? 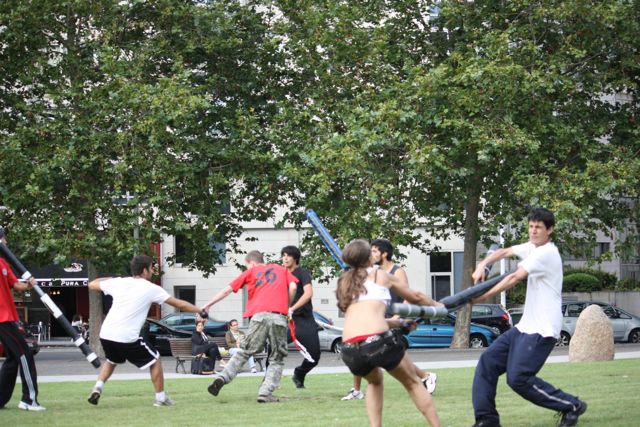 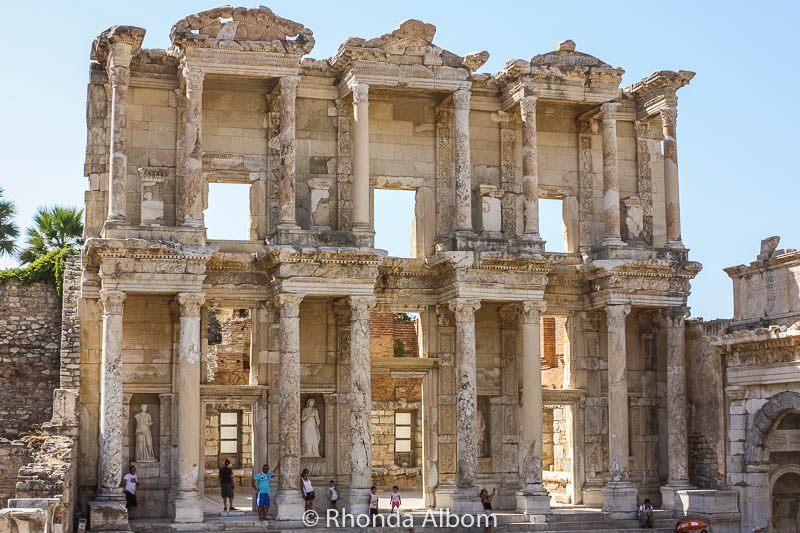 Ephesus Library of Celsus: A Must-See in Turkey from Izmir or Kusadasi 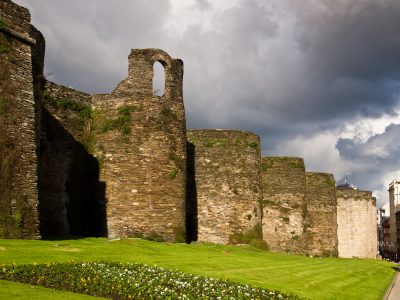 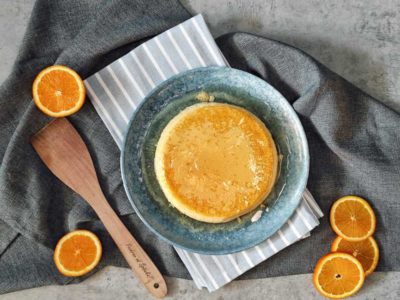