Driving the Giant’s Causeway coastal route of Northern Ireland, we found ourselves instantly entangled in the mystery of the region. Volcanic activity created the Giant’s Causeway 60 million years ago. Standing at its base, I could begin to appreciate its magnitude. Across the Inner Seas sits its mirror, Fingal’s Cave on Scotland’s Isle of Staffa. The matching formations gave way to the legend of a giant’s bridge once connecting the two.

As the name Causeway Coast implies, the route runs along the Northern Ireland coast from Belfast to Londonderry. We drove the segment from Lorne, where we entered Northern Ireland via ferry, to Coleraine. Our highlights were the Giant’s Causeway, Carrick-a-Rede rope bridge, and the ruins of Dunluce Castle.

Staring at the giant columns, I couldn’t help but wonder if the Giant’s Causeway legend was true. Could it be the remains of a destroyed bridge built by the giant Finn MacCool to walk to Scotland? My favourite version of the fable is told by my daughter Sarah at A Waking of Worlds.

We visited on our own and took a shuttle bus back. Most of the story and legend we needed to learn independently. If I were going back, I would opt for a Giants Causeway tour from Belfast, most likely this one from Viator:

About 16 km (10 miles) to the east hangs Carrick-A-Rede rope bridge, commonly referred to as the Giant’s Causeway rope bridge. It is so narrow you can’t help but look down into the swirling waters 30 metres below, as you wonder if you will make it across to the other side. While not nearly as long as the Capilano Suspension bridge we crossed in Vancouver Canada, Carrick-A-Rede bridge has an only 18-inch wide walkway surrounded by, well, nothing. Aware of the open space, one can’t help but look down, all the while remembering that to date, no one has fallen off this bridge. I can’t speak for the original bridge built by salmon fishermen in 1755.

The popularity of the coastal route has exploded in recent years thanks to HBO’s Game of Thrones. Last year more people visited the Giant’s Causeway than Belfast’s Titanic Museum. Game of Thrones fans can go it alone, or have plenty of tour options. Based on the reviews, the three most appealing tours to us are:

The ruins of the medieval Dunluce Castle stand towards the western end of the Giant’s Causeway Coastal route. Fans will recognise it as the House of Greyjoy in Game of Thrones. Filled with historical intrigue, the site once held an Irish Fort and has been the battlegrounds of early Christians and Vikings. 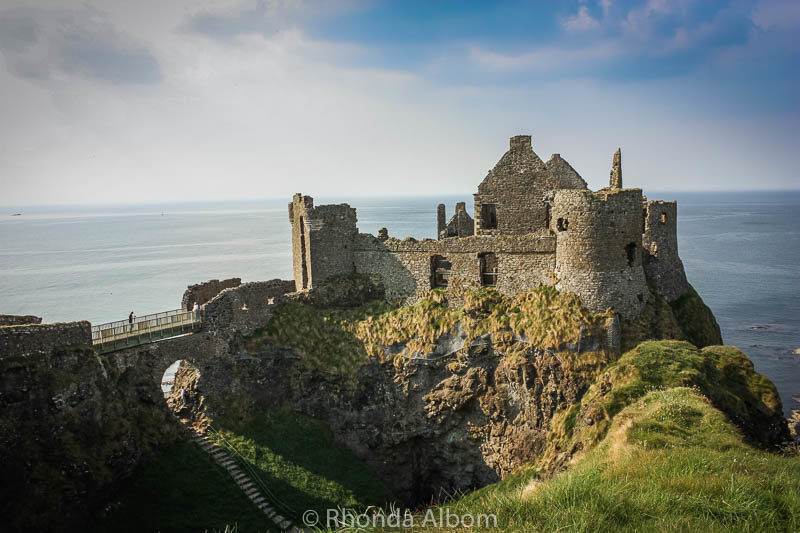 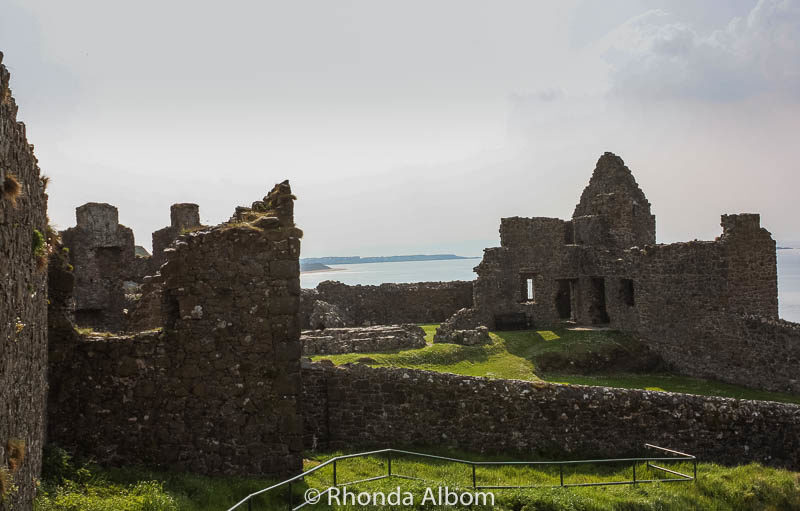 The landscape along the Giant’s Causeway Coastal Route

For me, the lush hills reflecting green into the turquoise waters held my attention. Both from the road and the long walks to each site, the journey was a part of the adventure that I will never forget. 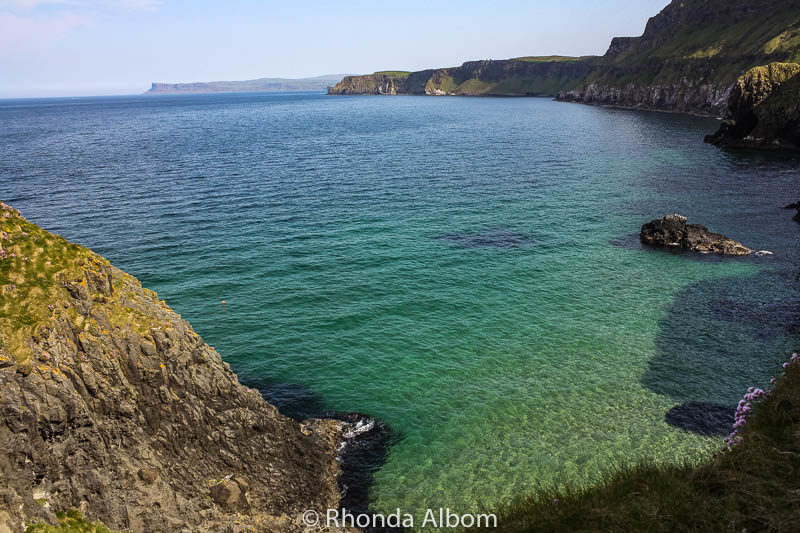 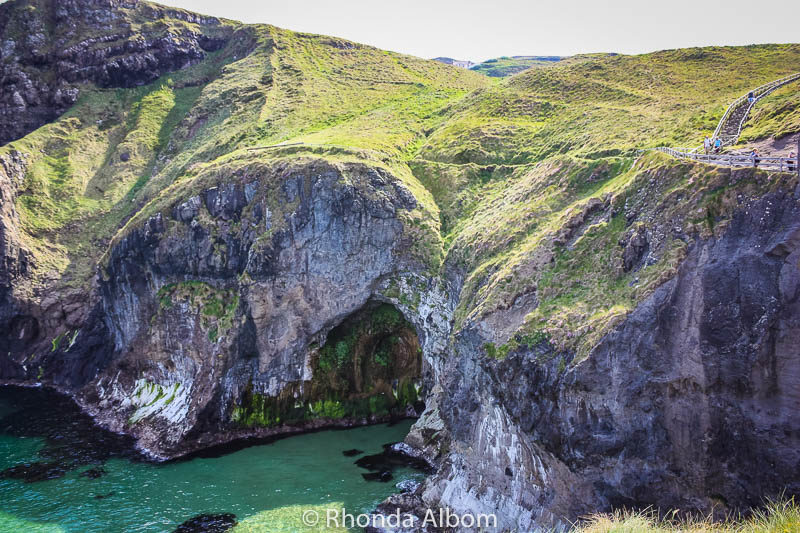 Travel Tips for the Coastal Route

⇒ Click here to check availability and prices at Rentalcars.com

Get Your Guide offers a variety of interesting tours from Belfast to Giant’s Causeway. While some focus on the natural scenery, others are based on adventure, or on the Game of Thrones sights.

We found Premier Inns to be clean, comfortable and affordable. They are the ideal place to stay if travelling through the UK on a budget. The Premier Inn in Coleraine is perfectly situated to visit Giant’s Causeway, Carrick-a-Rede Bridge, Dunluce Castle, and even Bushmills Distillery. We always check prices at Booking.com.

Have you driven the Giant’s Causeway coastal route? Would you cross the Carrick-A-Rede rope bridge? Do you love old castle ruins? Are you a Game of Thrones fan?

This website uses cookies to improve your experience while you navigate through the website. Out of these, the cookies that are categorized as necessary are stored on your browser as they are essential for the working of basic functionalities of the website. We also use third-party cookies that help us analyze and understand how you use this website. These cookies will be stored in your browser only with your consent. You also have the option to opt-out of these cookies. But opting out of some of these cookies may affect your browsing experience.
Necessary Always Enabled
Necessary cookies are absolutely essential for the website to function properly. These cookies ensure basic functionalities and security features of the website, anonymously.
Functional
Functional cookies help to perform certain functionalities like sharing the content of the website on social media platforms, collect feedbacks, and other third-party features.
Performance
Performance cookies are used to understand and analyze the key performance indexes of the website which helps in delivering a better user experience for the visitors.
Analytics
Analytical cookies are used to understand how visitors interact with the website. These cookies help provide information on metrics the number of visitors, bounce rate, traffic source, etc.
Advertisement
Advertisement cookies are used to provide visitors with relevant ads and marketing campaigns. These cookies track visitors across websites and collect information to provide customized ads.
Others
Other uncategorized cookies are those that are being analyzed and have not been classified into a category as yet.
SAVE & ACCEPT
873 shares