Things to Do in Punta del Este Uruguay Cruise Port

Last Updated: October 18, 2022 // by Rhonda Albom // 38 Comments
We may earn a commission through links on this site at no extra cost to you.

Punta del Este is sparkling white sand, varied surf, playful sea lions, exclusive shopping, and culinary delights. Uruguay’s fashionable resort town attracts holidaymakers, families, and the beautiful people. As cruise visitors, we focused our time on discovering the best things to do in Punta del Este rather than relaxing at the beach.

A seasonal destination, the town has 14,000 permanent residents and swells to about 140,000 in the summer (according to our guide). In January, 80% (estimate) of these holidaymakers are Argentinean.

They come to relax, play, unwind, and enjoy summer.

Typical to resort towns, Punta del Este isn’t cheap. We found it one of the most expensive cities we visited in South America.

In contrast, the miles of stunning white sand beaches are free to visit.

Things to do in Punta del Este: beach

To maximise our time, we opted for a free city tour, the kind you enjoy and then tip at the end. We had arranged it online, and our meeting point was La Mano, the giant hand sculpture.

We enjoyed a gentle 25-minute stroll from the cruise port to get to the sculpture.

Creepy or wonderful? La Mano is a giant hand emerging from the sand. Actually, it’s just the fingers, and as a result, it is sometimes called Los Dedos (the fingers). Regardless of how you feel about it, this hand is probably the most Instagrammable spot in Punta del Este.

Installed in 1982, it was part of the First International Meeting of Modern Outdoor Sculpture of Punta del Este. It is now a symbol of the city. Artist Mario Irrazábal has created similar artworks in Madrid, Chile’s Atacama Desert, and in Venice.

La Mano is not alone. It is one of many fascinating sculptures from different worldwide artists. Most are across the road from the beach, and each of the displayed artworks represents something significant to the artist or the world. Aside from the hand, three of my favourites are:

Miles of pristine beaches are the calling card for this resort city. They range from surf beaches like Brava or El Emir on the Atlantic side to gentle waves on Mansa beach along the river. Clearly, it is the surf beaches that are most popular.

El Emir attracts swimmers and for those who want to surf or learn to surf Punta del Este.

In addition to the sand and surf …

The Candelaria Virgin Monument at the Beach

Just south of El Emir beach, a monument contains a statue of the Virgin Mary and baby Jesus. Interestingly, the statue, called Our Lady of the Candelaria, washed away with a cyclone in 2016, but the structure still stood.

Two days later, surfers recovered the decapitated statue and head. It contained the restored original statue by the time we saw it.

However, there is also a law preventing any building put up before 1949 from being torn down; therefore, they remain unsold and derelict.

See the sea in all four directions

I learned first-hand that some people yell at you if you stop too long in the centre to take the five photos (four directions and the marker), as there is some traffic.

One of the popular excursions is a boat trip around Isla de Lobos, an island that is home to the largest sea lion colony in the Americas, as well as the third tallest lighthouse in South America. Although visitors cannot walk on the island, the boat brings you close enough to enjoy the colony. The total trip takes about 2 hours and is in three languages: English, Spanish, and Portuguese.

We opted not to do this as we had recently seen sea lions (and penguins) in Isla Damas, Chile. However, we talked to many people who really enjoyed their adventure.

Be warned, the sea can be a bit rough, so if you are prone to seasickness, you might want to take a preventative before you go.

This tour tends to sell out in season, so if you want to do it, it’s often best to book in advance. Reserve your tour to Isla de Lobos

Although only rated 3-stars, I think it would be a fascinating place to stay. Check prices here, or read more about it below.

Things to do in Punta del Este: near the cruise port

We were sailing on the Azamara Pursuit, a small luxury cruise ship. Even with her compact size, Punta del Este is a tender port. Therefore, the ship drops anchor and passengers are brought to shore in smaller boats called tenders.

We arrived near a fresh fish market that attracted sea lions in the water and seagulls swooping overhead. One resident sea lion is there so often the locals have named him Ronaldo.

Grab a bite to eat at the port

Near the Punta del Este port are several enticing Punta del Este restaurants and ice cream parlours, which serve food all day. (Although, if you want stunning views from above while you eat, you might want to head in town to La Vista 360).

Following the recommendation of our guide, we enjoyed some seafood from Artico, located at the port. It’s an upscale takeaway seafood shop with tables. If you want hot food, take a number for service. If sushi or any of the tasty-looking self-serve seafood salads is your choice, you can just pay and go.

Right next to Artico is Heladaria Il Porto, a delightful gelato shop with three different flavours that feature dulce de leche (Plus plenty of other options).

Where to stay in Punta del Este

We arrived via cruise ship, and although we had planned to spend two days, we intended to sleep on board our ship. However, bad weather early on cancelled one of our days, leaving us just one day in this city. Our next visit will be longer, and we will stay at one of these Punta del Este Uruguay hotels:

What will you do in Punta del Este? 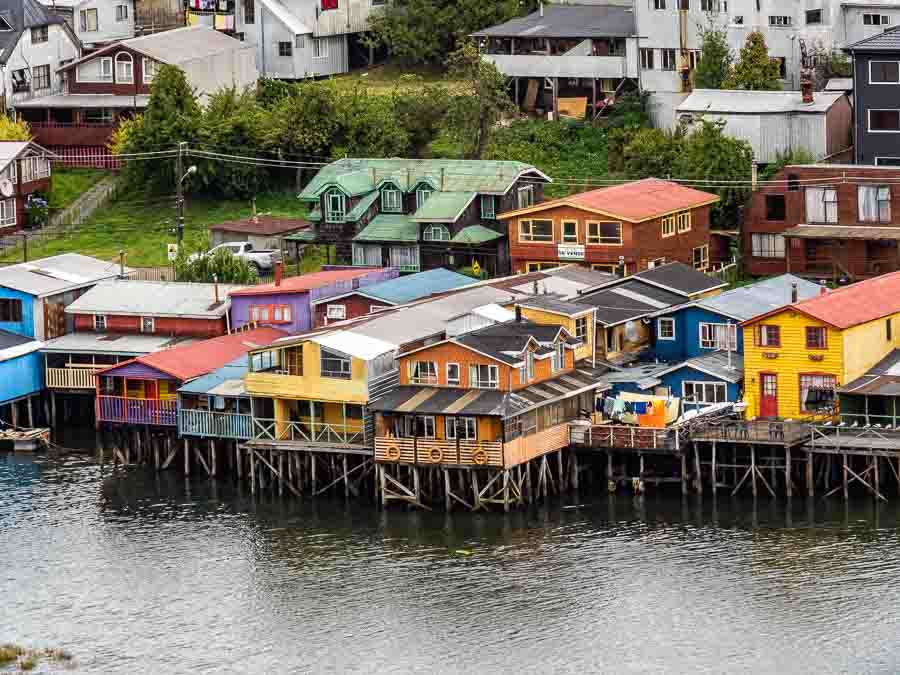 How to Tour Chiloe Island: See Penguins or Palafitos 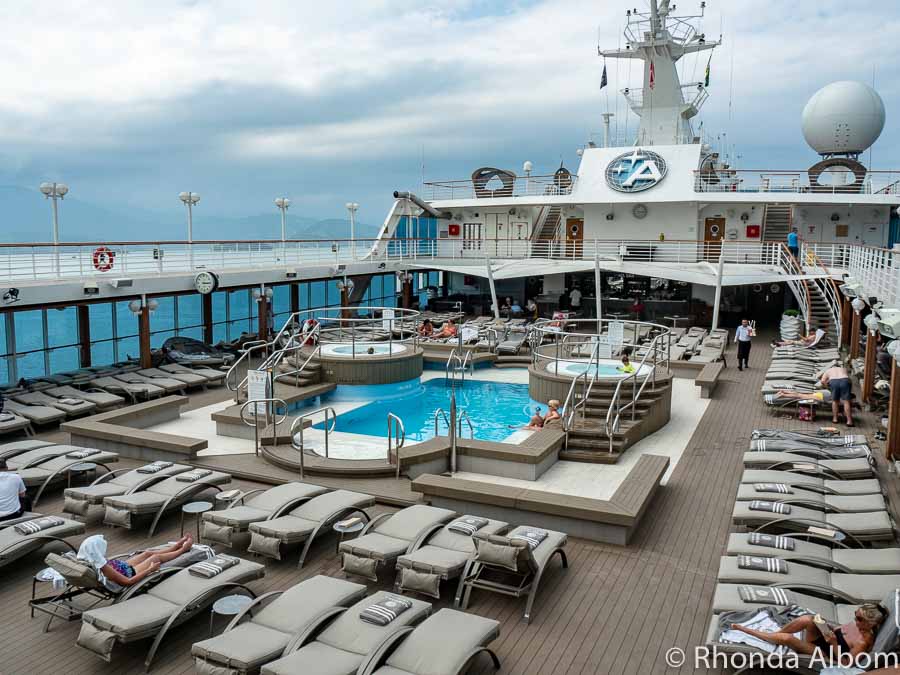 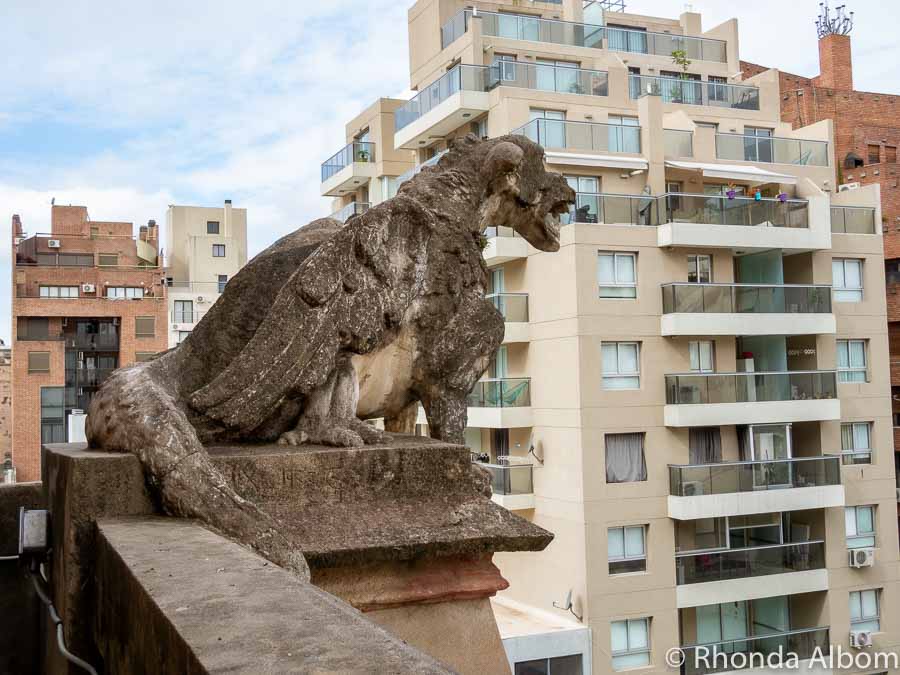 Iglesia Capuchinos: A Tour Beyond Locked Doors in Cordoba Argentina 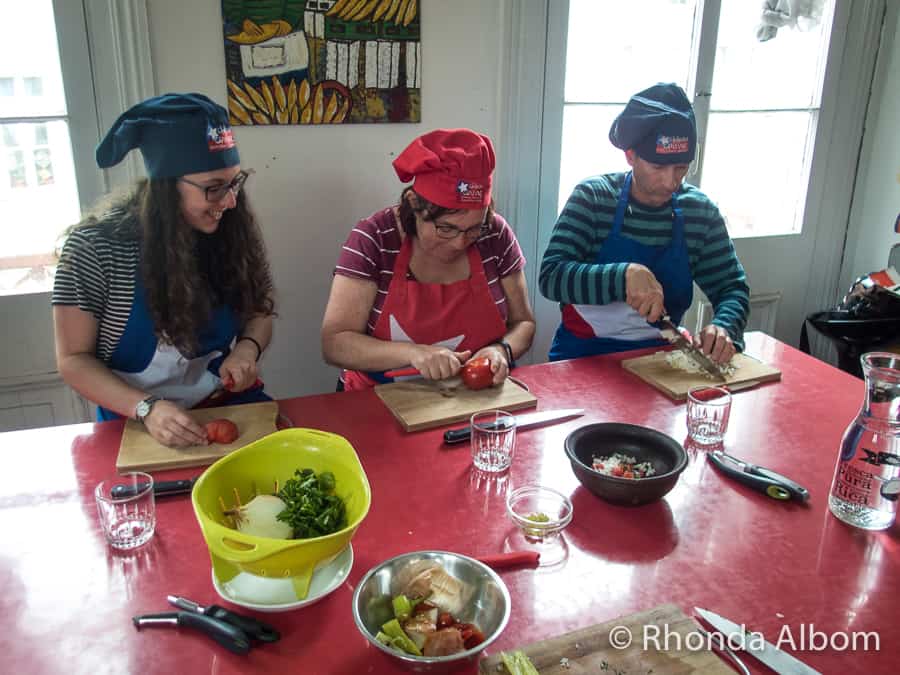