You are here: Home / Travel / Oceania / Australia / Brisbane as a Cruise Port: Sailing with Royal Caribbean

Brisbane as a Cruise Port: Sailing with Royal Caribbean

Brisbane is Australia’s coolest city, or is it? I am not sure how any city that holds the world record for going to bed and waking up earliest can call itself “cool.” Either way, it is a city with quite a lot to offer, and it was our first cruise port off of the Radiance of the Seas, the Royal Caribbean cruise ship we are taking from Sydney to Perth, up and over the top of Australia.

Having already done the animal highlights on our last visit (Australia Zoo and Lone Pine Koala Sanctuary), and not being in the mood for amusement parks, we opted for a city tour, a walk through the Botanical Gardens, the Brisbane Museum, and a tour inside the old clock tower.

Like we have done in Barcelona, Madrid, Moscow, Vancouver, and other cities around the world, we found a free city walking tour. Our guide (Jonny) was extremely knowledgeable and expanded our tour a bit as he saw our small group were all interested.

Here are some of the highlights of our day:

Tips for Brisbane as a cruise port:

Our next port was Cairns.

Have you been to Brisbane? What were your highlights? 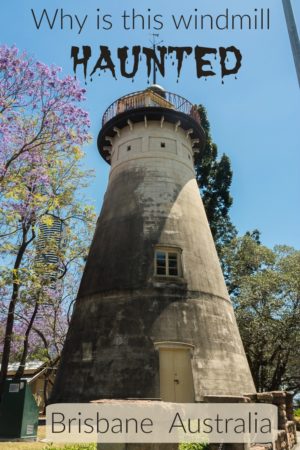 This website uses cookies to improve your experience while you navigate through the website. Out of these, the cookies that are categorized as necessary are stored on your browser as they are essential for the working of basic functionalities of the website. We also use third-party cookies that help us analyze and understand how you use this website. These cookies will be stored in your browser only with your consent. You also have the option to opt-out of these cookies. But opting out of some of these cookies may affect your browsing experience.
Necessary Always Enabled
Necessary cookies are absolutely essential for the website to function properly. These cookies ensure basic functionalities and security features of the website, anonymously.
Functional
Functional cookies help to perform certain functionalities like sharing the content of the website on social media platforms, collect feedbacks, and other third-party features.
Performance
Performance cookies are used to understand and analyze the key performance indexes of the website which helps in delivering a better user experience for the visitors.
Analytics
Analytical cookies are used to understand how visitors interact with the website. These cookies help provide information on metrics the number of visitors, bounce rate, traffic source, etc.
Advertisement
Advertisement cookies are used to provide visitors with relevant ads and marketing campaigns. These cookies track visitors across websites and collect information to provide customized ads.
Others
Other uncategorized cookies are those that are being analyzed and have not been classified into a category as yet.
SAVE & ACCEPT
364 shares