Last Updated: October 5, 2022 // by Rhonda Albom // 56 Comments
We may earn a commission through links on this site at no extra cost to you.

Batu caves are located outside of Kuala Lumpur, Malaysia. They are one of the most popular series of Hindu temples and shrines outside of India. A popular tourist attraction, here we also find the world’s largest Lord Murugan statue and troops of Batu Caves monkeys.

Earlier, we had debated whether or not to visit, as we had heard such mixed reviews of Batu Caves as a tourist destination. Some told us it was too crowded, while others went as far as calling it a tourist trap, a name that made no sense to me, as the main Temple Cave is free to enter.

And whilst it was both crowded and had an element of over-tourism, it was also fascinating.

Read below the details of our visit.

Before you read on, let Asia inspire you …

Our first impressions of Batu Caves

As we arrived and stepped out of the car at Batu Caves, monkeys greeted us. Or at least that was my initial takeaway. In reality, we were in their space, their home, and I can only imagine we are thought of as a nuisance.

However, it didn’t take long to look beyond the initial troop of long-tailed macaques (wild monkeys). The 42.7-metre tall golden figure of Lord Murugan stood proudly, mesmerizing, beautiful. Installed in 2006, Batu Caves’ Murugan statue is said to be the largest in the world.

And beyond that are the caves, what we initially thought we came to see. Now painted in a vivid rainbow of colours, there are 272 steps leading up to Batu Caves entrance. Looming over us, the stairs taunted us, begging to be climbed, and competing for attention with the other magical surroundings.

And this wasn’t all. Off to the left, we could see another large statue of a different god and more temple buildings.

But, the Hindu temple we came to see was located inside this Malaysian cave.

So, we ascended up the stairs.

Once at the top, we enter Cathedral Cave, one of three main limestone caves featuring temples and Hindu shrines. Here, we find high ceilings with openings to the sky that illuminate the space and several shrines and other Hindu areas. It’s beautiful and instantly worth the climb to get here.

Adorable as they are, it’s important to remember that the Batu Caves monkeys are wild animals. While they are accustomed to having humans nearby, they are not domesticated and therefore should not be touched. They have been known to bite, scratch, or steal from visitors.

This was our first exposure to wild monkeys. These long-tailed macaques are very different from the tailless Barbary macaques we saw scampering in Morocco.

Where are Batu Caves?

They are just 13km to the north of Kuala Lumpur, the capital city of Malaysia.

It is easy to get there on the KTM commuter train, on the bus, on the monorail (and then a bus), or with a private vehicle. We hired a private driver for the day.

In brief: The caves were discovered in 1878 by American naturalist William Hornaday, although it had been known previously to the indigenous people.

Hindu pilgrims have travelled here for more than 120 years. The caves are the focal point of the Hindu festival of Thaipusam in Malaysia.

Tour Batu Caves and other sites

An alternative for adventure seekers

Abseiling, spelunking and rock climbing Batu Caves are all popular amongst the adrenaline junkie crowd. There are more than 160 climbing routes up the limestone hills. Most trails start from the northeast side of the cave complex, while the staircase we climbed faces south. According to our guide, the best and safest way to climb is with a tour. Check out this highly-rated half-day rock climbing and Batu Caves tour

Also on the grounds

Additional information and tips for visiting

Will you visit to see the Batu Caves monkeys, the statues, the temples, the shrines, or for a rock climbing adventure? 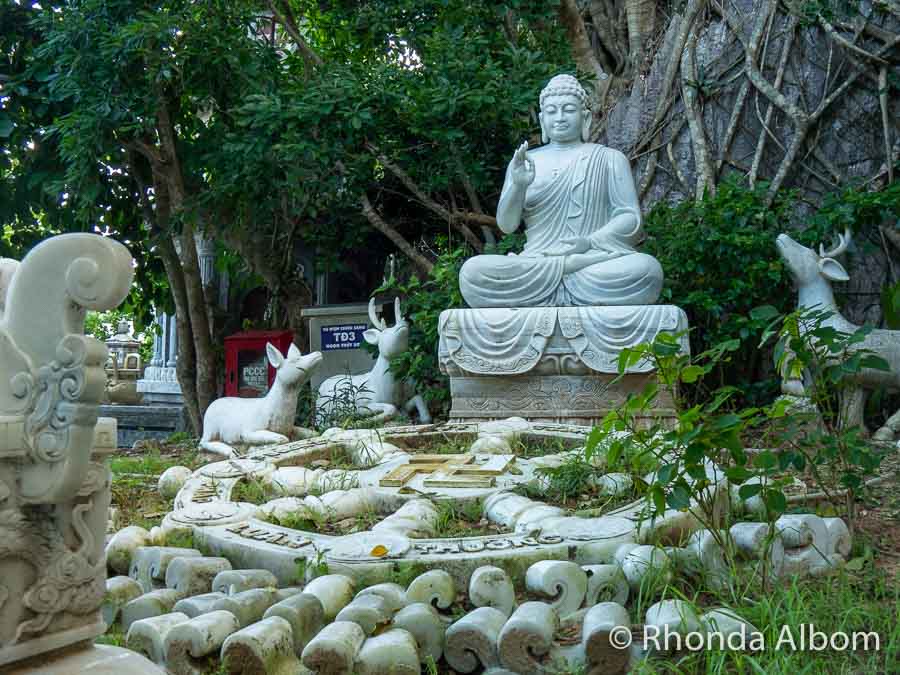 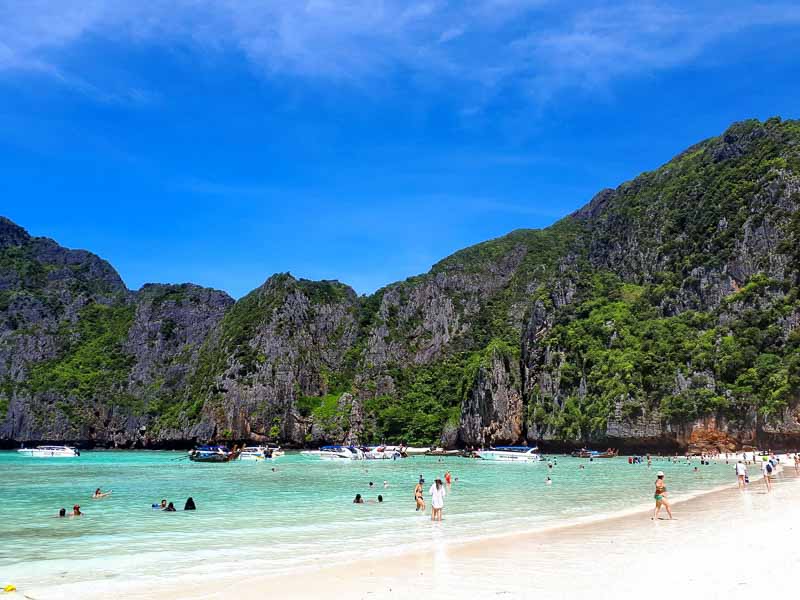 Best Beaches in Thailand for Romance, Partying, or Relaxing 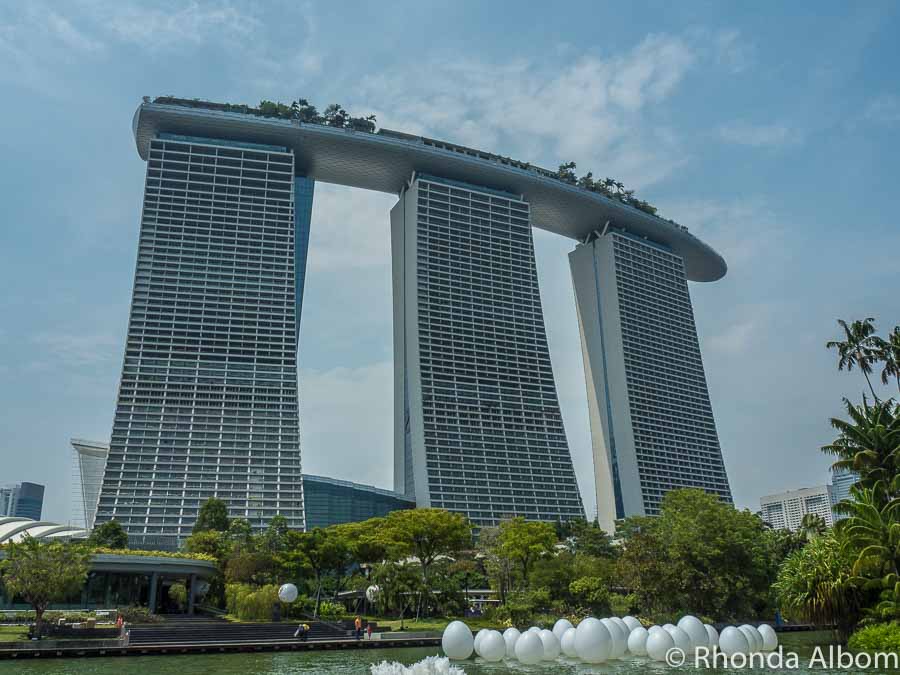 Marina Bay Sands Review: Is It Worth the High Price? 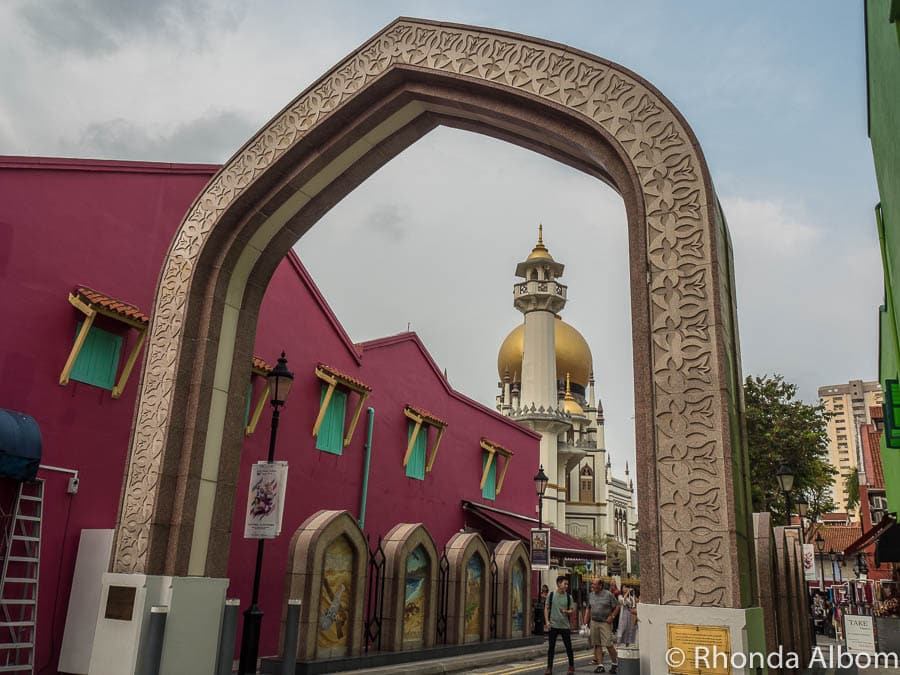