You are here: Home / Travel / Europe / Southern Europe / La Mezquita and Other Things to Do in Cordoba Spain

La Mezquita and Other Things to Do in Cordoba Spain

La Mezquita (Mosque-Cathedral of Córdoba) is captivating.  It brings hordes of tourists to this Andalusian town annually. It is one of many interesting things to do in Cordoba Spain. If you only have one day in Cordoba, you will be busy.

The red and white archways captivated my attention from the moment we entered. The contrast between the Moorish architecture and Catholic artefacts somehow blend seamlessly. As a result, the structure feels endless. It is a visual treat around every corner. It remains the largest structure of its kind in the western Muslim world.

La Mezquita is one of the most amazing places I have ever been. While we marvelled at everything we saw, we know we missed quite a bit by not having a guided tour. If I ever get back, I will have a guide. My top choice is a 2-hour tour of the Cordoba Mosque-Cathedral has an art historian guide and skip-the-line ticket.

If I were worried about time and trying to cram in all the cool things to do in Cordoba in a day or two, I might consider this shorter (and very popular) 75-minute tour: 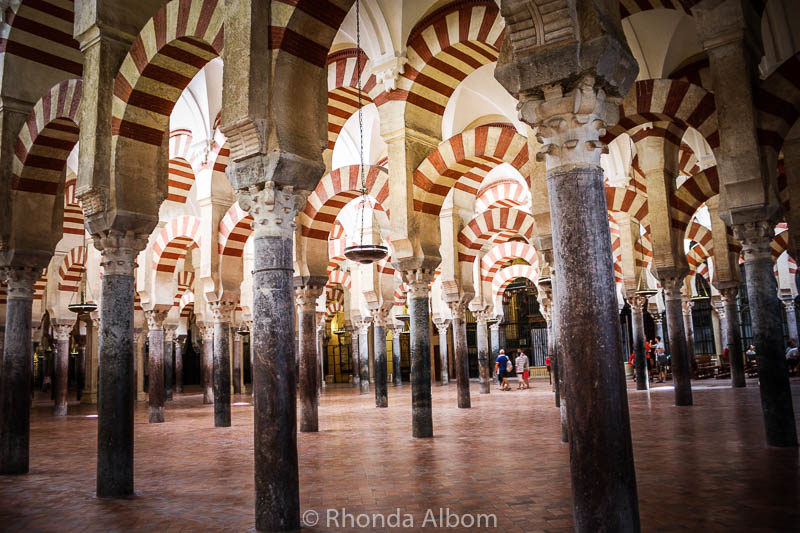 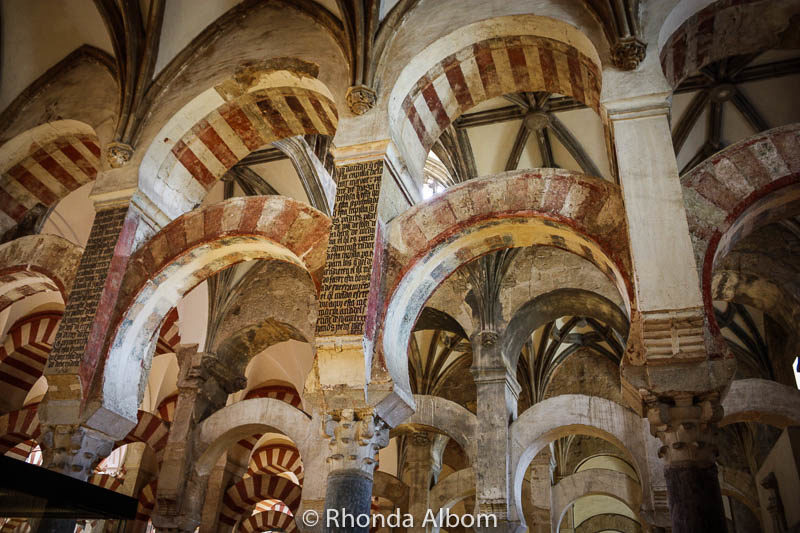 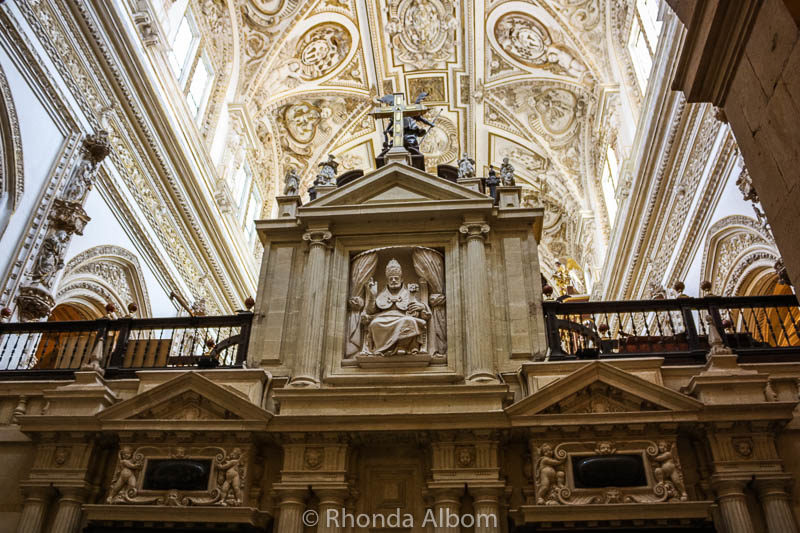 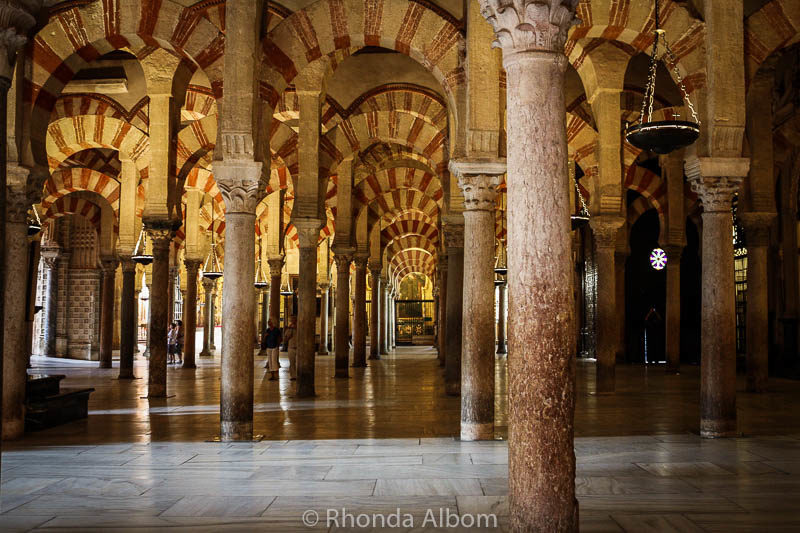 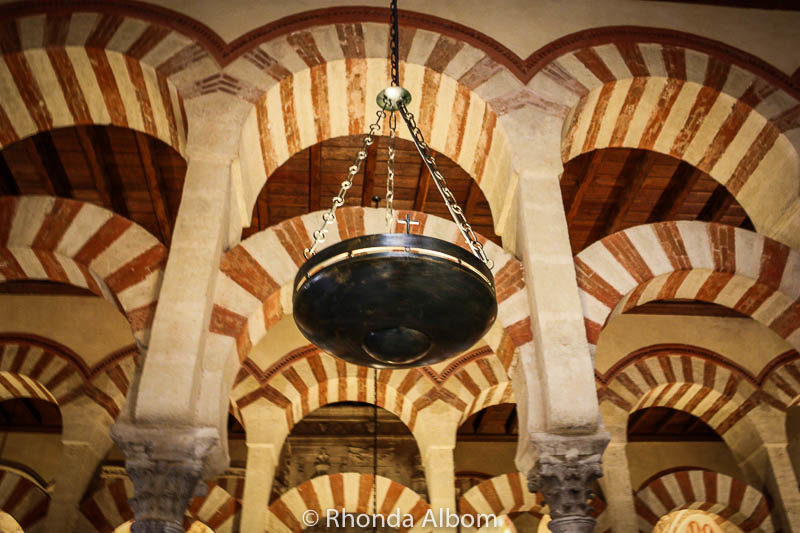 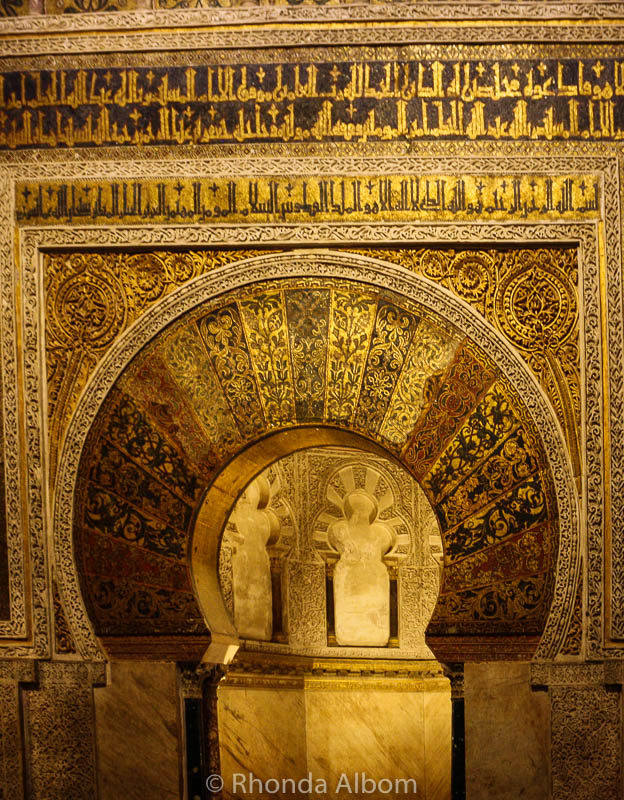 A brief history of La Mesquita (Mosque-Cathedral of Córdoba):

At the centre of the maze of narrow streets that make up the Juderia. This medieval Jewish ghetto is home to one of only three original synagogues remaining in Spain. Built in 1315 in the Mudéjar-style it was transformed into a church in the 16th century, only to later be rediscovered in the 19th century. 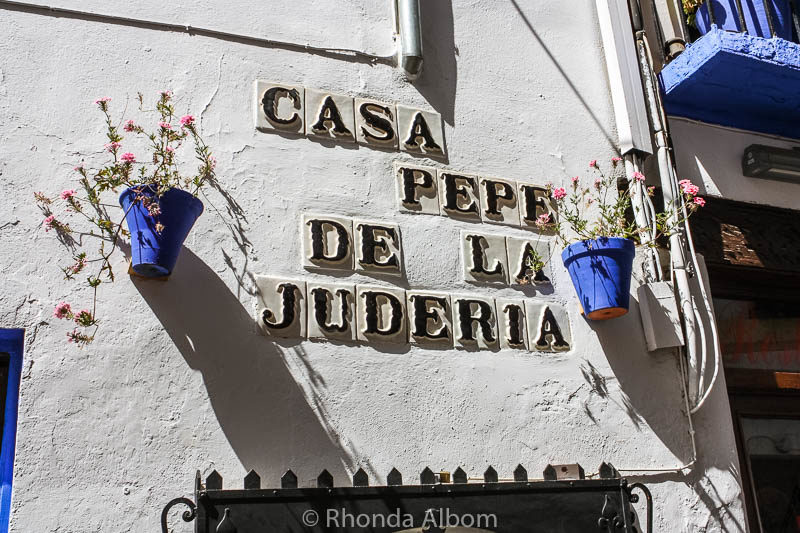 The Puente Romano (Roman Bridge) is a 16-arched bridge spanning the Río Guadalquivir. It was originally built after Caesar’s victory over Pompey the Great. With renovations and reconstructions over time, it barely resembles its Roman roots. If it looks familiar, perhaps you recognise it as the Long Bridge of Volantis from Game of  Thrones: Season 5.

The tower at the south end is a fortified gate built during the late 12th century to protect the bridge. Today the tower is Museo Vivo de Al-Andalus, a museum highlighting the cultural achievements of Al-Andalus.

More Things to Do in Cordoba

⇒ Get tickets for the famous Cordoba Flamenco Show at Tablao el Cardenal
(be sure to read the reviews on the page if you are unsure.
They will convince you this is the show to see.)

Walk Around Cordoba at Night

Lit up and golden, La Mesquita looks beautiful at night. And, we found a fabulous little ice cream shop in one of the corners. However, once again, we wish we had taken a tour. If we didn’t have our girls with us, I would have opted for the one with wine and tapas. However, since we were on a family trip, I think I would have just done the walking tour: 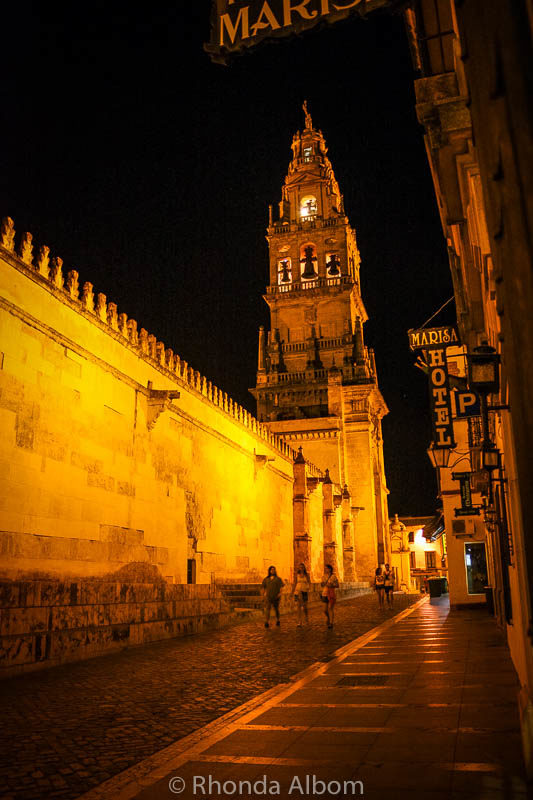 Take a Tour: Don’t Miss Any of the Things to do in Cordoba Spain

If you prefer a full city tour, there are several reputable companies offering Cordoba Spain tours, as well as the option of a hop-on-hop-off bus.

⇒ Check prices and availability at Hotel Mezquita in Cordoba

This article is part of a series highlighting a driving loop through Spain and Portugal that both started and ended in Costa Brava. Our key stops included Saragosa, Madrid, Segovia, Toledo, Cordoba, Granada.  Then in Portugal, we visited Evora, Sintra, Obidos, and Alcobaca before returning to Spain: Vigo, La Coruna, Santillana del Mar, and San Sebastian.

If you had only one day in Cordoba, which of these would you visit?

If you enjoyed this article on things to do in Cordoba, please share it on social media, including adding this pin to Pinterest: 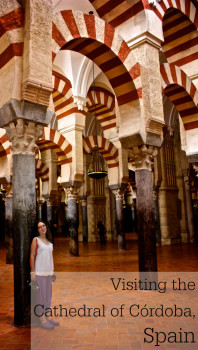 This website uses cookies to improve your experience while you navigate through the website. Out of these, the cookies that are categorized as necessary are stored on your browser as they are essential for the working of basic functionalities of the website. We also use third-party cookies that help us analyze and understand how you use this website. These cookies will be stored in your browser only with your consent. You also have the option to opt-out of these cookies. But opting out of some of these cookies may affect your browsing experience.
Necessary Always Enabled
Necessary cookies are absolutely essential for the website to function properly. These cookies ensure basic functionalities and security features of the website, anonymously.
Functional
Functional cookies help to perform certain functionalities like sharing the content of the website on social media platforms, collect feedbacks, and other third-party features.
Performance
Performance cookies are used to understand and analyze the key performance indexes of the website which helps in delivering a better user experience for the visitors.
Analytics
Analytical cookies are used to understand how visitors interact with the website. These cookies help provide information on metrics the number of visitors, bounce rate, traffic source, etc.
Advertisement
Advertisement cookies are used to provide visitors with relevant ads and marketing campaigns. These cookies track visitors across websites and collect information to provide customized ads.
Others
Other uncategorized cookies are those that are being analyzed and have not been classified into a category as yet.
SAVE & ACCEPT
384 shares