You are here: Home / Travel / Americas / North America / Skydeck Chicago: I Walked Out on the Ledge – Would You?

Skydeck Chicago: I Walked Out on the Ledge – Would You?

That first step out onto the Skydeck Chicago Ledge is a bit unnerving. The glass juts out over four feet from the 103 floor of the highest observation deck in the United States. At 1,353 feet up it’s surreal to look straight down.

Our adventure actually started out on the ground level of the Willis Tower. I was a teenager when it (then the Sears Tower) was built, and it was exciting to go up into the then tallest building in the world. For me, it defines Chicago’s skyline and is a must-see on my rare visits to the city of my birth.

The ground floor is filled with interesting exhibits reminding us that Chicago is a city of neighborhoods, of people, and of community. It highlights the city’s sports, culture, and architectural heritage with fun interactive displays allowing us to get a different perspective on the tower. One of my favorites was the ability to measure the tower using Micheal Jordan, Oprah Winfrey, or other unusual measurement standards.  In case you are wondering, the Willis Tower is 262 Micheal Jordan’s tall.

It took only 60 seconds to get from the ground to the 103 floor. From that height, the views are up to 50 miles and can include up to four states (Illinois, Indiana, Michigan, and Wisconsin). Skydeck Chicago attracts more than 1 million visitors annually. 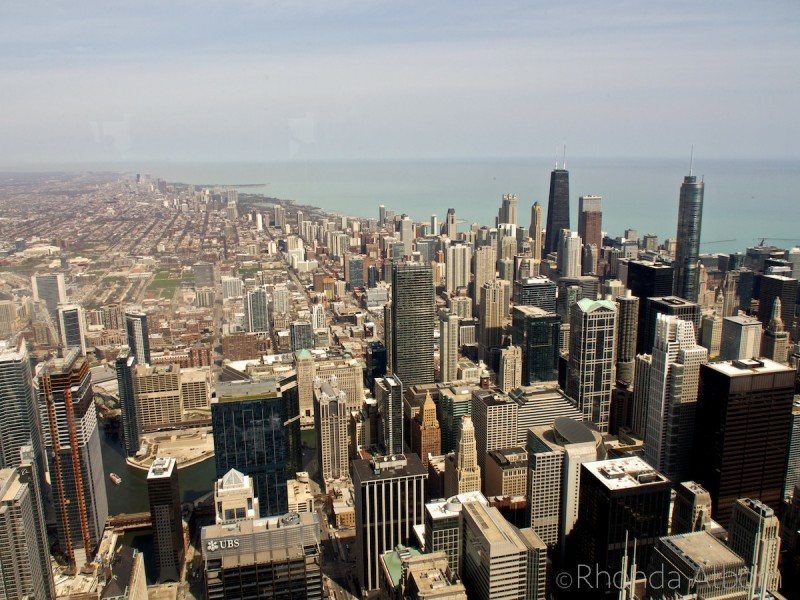 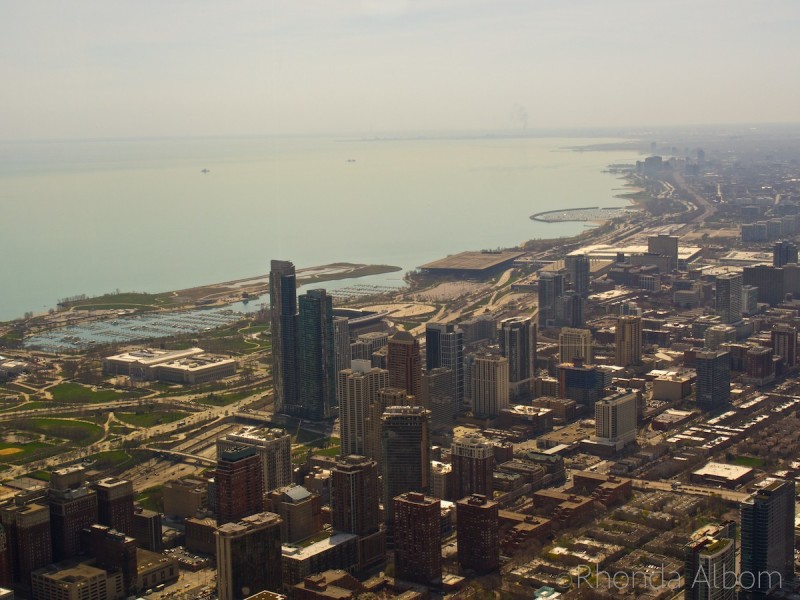 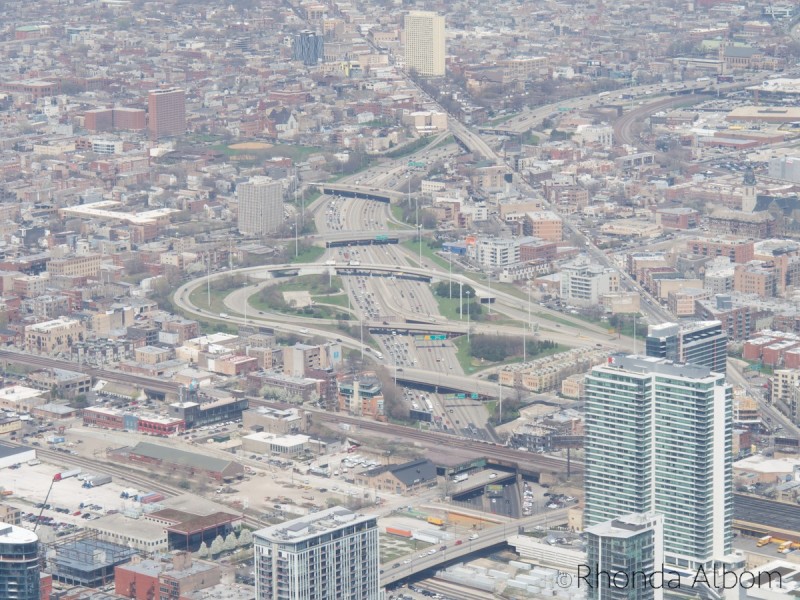 Following the success of Ferris Bueller’s Day Off, there were hundreds of forehead prints left on the windows every week. This, plus a Vegas walkout inspired the new Skydeck Chicago General Manager to create the Ledge.  It took a year of engineering and six months of construction to create the four boxes. Each is designed with a 1.5-inch glass floor fully tempered to hold a five-ton load.

It not only draws locals and tourists but also a bit of romance. There have been over 800 marriage proposals and 50 weddings.

Have you been to Skydeck Chicago? Have you walked out on the Ledge? Would you? 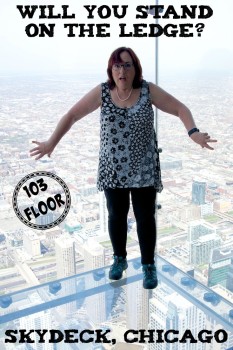 Disclaimer: I was provided with complimentary entry and a private tour, however, the opinions expressed here are strictly my own.

This website uses cookies to improve your experience while you navigate through the website. Out of these, the cookies that are categorized as necessary are stored on your browser as they are essential for the working of basic functionalities of the website. We also use third-party cookies that help us analyze and understand how you use this website. These cookies will be stored in your browser only with your consent. You also have the option to opt-out of these cookies. But opting out of some of these cookies may affect your browsing experience.
Necessary Always Enabled
Necessary cookies are absolutely essential for the website to function properly. These cookies ensure basic functionalities and security features of the website, anonymously.
Functional
Functional cookies help to perform certain functionalities like sharing the content of the website on social media platforms, collect feedbacks, and other third-party features.
Performance
Performance cookies are used to understand and analyze the key performance indexes of the website which helps in delivering a better user experience for the visitors.
Analytics
Analytical cookies are used to understand how visitors interact with the website. These cookies help provide information on metrics the number of visitors, bounce rate, traffic source, etc.
Advertisement
Advertisement cookies are used to provide visitors with relevant ads and marketing campaigns. These cookies track visitors across websites and collect information to provide customized ads.
Others
Other uncategorized cookies are those that are being analyzed and have not been classified into a category as yet.
SAVE & ACCEPT
224 shares