A Sunken Ship in Okoromai Bay – Postcards of New Zealand

As the tide goes out, this sunken ship becomes visible at the opening of Okoromai Bay into the Hauraki Gulf. Mussels, oysters, and other sea life have made this sunken ship their home. Most days only a small fraction of the bow and the boiler can be seen above the water line.  However, twice each year, at the king tides, much more is visible.

The easiest way to get to the wreckage is via kayak from Te Haruhi Bay, the main beach in Shakespear Park. At low tide, when much of the foreshore is mud flats, one can walk across Okoromai Bay. On a nice weekend day, you may pass by hundreds of people collecting cockles (a type of clam). Once on the east side, follow the water’s edge until you reach the point. Here you will get great close up views of the sunken ship. 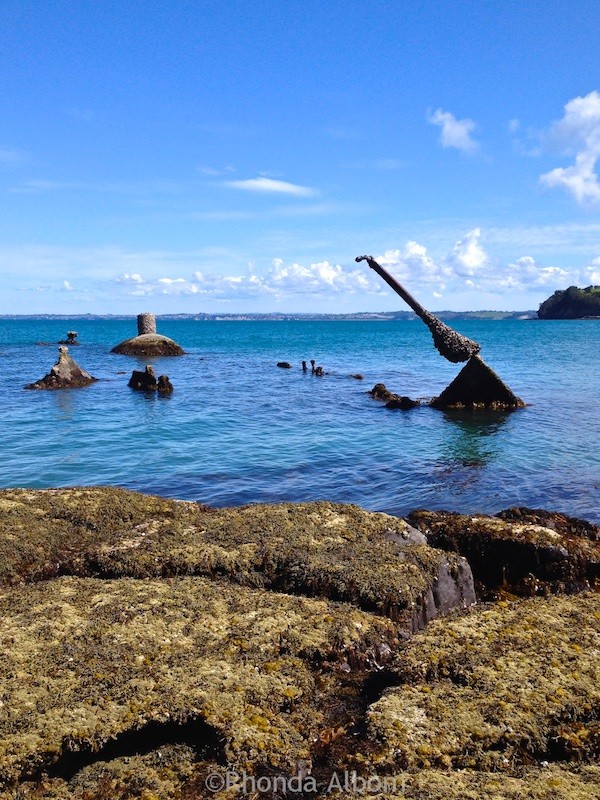 More Information on the Sunken Ship on Okoromai Bay:

Have you been this close to a sunken ship before? 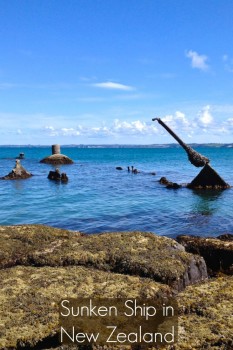 Quick Reference Links:
- Booking.com
- RentalCars.com
- Amazon.com
241shares
We use cookies to ensure that we give you the best experience on our website. If you continue to use this site we will assume that you are happy with it.OkRead more